After taking a decent start on Friday, Street Dancer 3D has picked up strongly on Saturday & Sunday and registered an overall good opening weekend at the box office. Despite having the adjacent release Panga and already existing Tanhaji: The Unsung Warrior in the parallel. 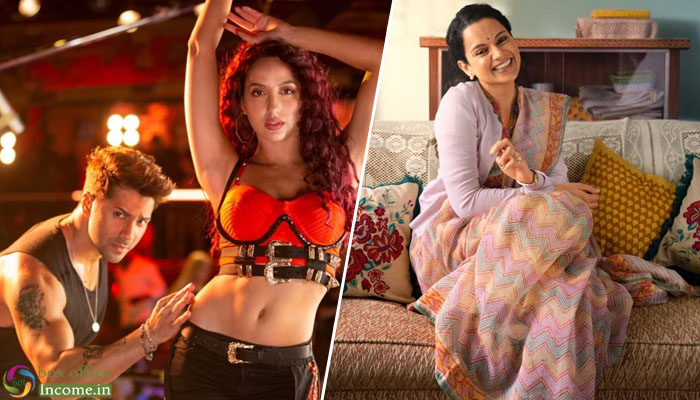 Remo D’Souza’s directorial dance drama Street Dance 3D has unfortunately got failed to convince critics and received mixed reviews. From the audience also, it is getting a mixed reaction. On Friday, it was opened an ordinary note and eventually registered a decent business of 10.26 crores.

On Saturday, Street Dancer 3D expectedly took noticeable growth and had minted 13.21 crores. On the next day i.e. Sunday, with a further jump, T-Series’s production has bagged the amount of 17.76 crores and raised 3 days total domestic collection to 41.23 crores nett.

In parallel, Ashwiny Iyer Tiwari’s directorial, the sports drama has got succeed to hit the target right among the audience in metros. From critics also, it has received mostly favorable reviews and gathered a positive word of mouth. On Friday, it was opened a low note and did the business of 2.70 crores.

Then on Saturday, due to a positive word of mouth, Kangana Ranaut starrer had picked up superbly and did the business of 5.61 crores. On Sunday, with a further jump, it has bagged the amount of 6.60 crores and raised its 3 days total domestic collection to 14.91 crores nett.