Street Dancer 3D, starring Varun Dhawan is all set to clash with Kangana Ranaut’s Panga this Friday ahead of the Republic Day. Both the offerings have got succeed to make the desired impact on viewers with the promo and are expected to give tough competition to each other at the box office, though they have completely different genres. 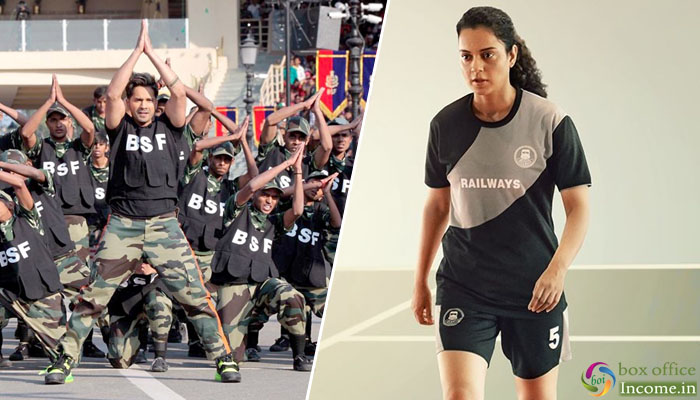 Varun Dhawan’s latest flick with Shraddha Kapoor, Prabhu Deva and Nora Fatehi, Street Dancer 3D is creating a buzz since it was announced last year. With its promos as well, the film has boosted the hype and positively expected to be the first choice of viewers this week.

Being a dance drama & having solid star power, Remo D Souza’s directorial has mass appeal. As per the report & the current scenario, T-Series’ presentation seems capable to open in a range of 15-17 crores nett which is good enough as there are other films also present at the box office.

On the other hand, Kangana Ranaut, Jassi Gill, Richa Chadda and Neena Gupta starrer sports drama film Panga is based on depicts the jovial life of a kabaddi player. Ashwiny Iyer Tiwari’s directorial doesn’t have much hype as compared to Street Dancer 3D.

Last year, Kangana’s Judgementall Hai Kya had released. That film was heavily promoted and marketed, and the first day collections had emerged as 5.40 crores. Taking all things into consideration, the film should find itself on a decent footing if an opening day number of 3-4 crores comes in. However, both films are getting mostly positive early reviews, so this is gonna be a good clash.