Last week released, the Bollywood dance drama Street Dancer 3D had registered a decent opening week in India despite having several Hindi offerings in the opposite. In the second weekend also, it remained low despite a new Jawaani Jaaneman. 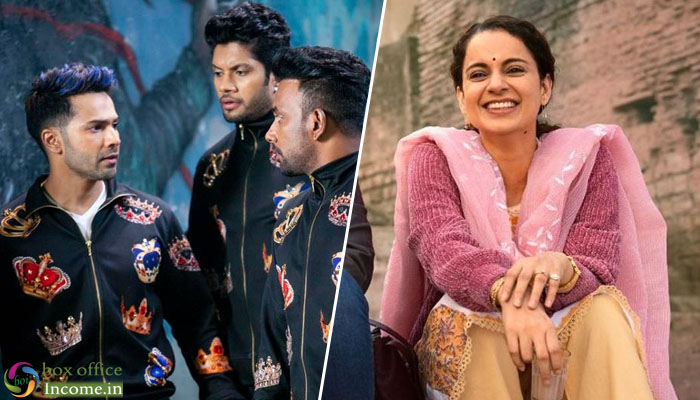 Starring Varun Dhawan, Shraddha Kapoor, Prabhu Deva and Nora Fatehi doesn’t live up to the expectations. From the critics as well, it has received mixed reactions and did the business of 56.77 crores in the first week with 41.23 crores in the weekend and 15.54 crores on weekdays.

On its 2nd Friday, T-Series & Remo’D Souza’s production showed a drop and minted 2.01 crores. Over the weekend, once again it took a limited jump and bagged the amount of 3.40 crores on 2nd Saturday & 3.91 crores on 2nd Sunday. After 10 days, the total domestic collection of Badla has become 66.09 crores nett.

On the other hand, Kangana Ranaut, Richa Chadha, Neena Gupta and Jassie Gill starrer Panga has gathered positive reviews from critics but still not getting desired reposne. In the opening week, it did the business of 21.36 crores with 14.91 crores in the weekend and 6.45 crores on weekdays.

Ashwiny Iyer Tiwari’s directorial is now running in the second week with a decent pace and had started the weekend at a low note by collecting 0.88 crore on 2nd Friday. With a limited jump in footfalls, it managed to rake 1.56 crore on 2nd Saturday & 1.84 crores on 2nd Sunday. After 10 days, the total collection of Panga has become 25.64 crores nett.