Sonakshi Sinha is all set to play leading lady in yet another venture – this time in her brother Kussh Sinha’s upcoming project. Kussh Sinha will be making his directorial debut with the film Nikita Roy And The Book of Darkness. The first look of the film was released earlier today on social media. 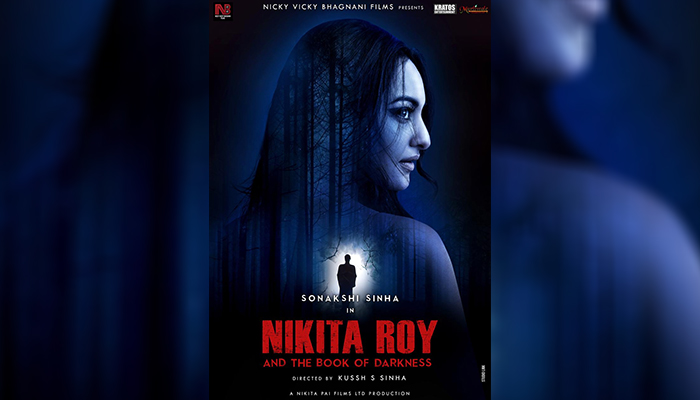 Sonakshi Sinha took to Instagram to share the first look poster of the film which features amidst a mysterious backdrop. While details of the film are kept under wraps, the actress also revealed that actors Paresh Rawal and Suhail Nayyar will be playing prominent roles in the film. The actress posted it saying, “#NikitaRoyAndTheBookOfDarkness Filming begins soon ???? Making his directorial debut is @kusshssinha and im looking forward to sharing screen space with the dynamic @pareshrawalofficial sir and @suhailnayyar!” Here, have a look at her post:

Her brother Kussh Sinha who is quite excited about his directorial debut spoke to ANI regarding the collaboration with his sister and said, “Sonakshi is a talented actor. I have always admired her for doing films that she entirely believed in. I have seen her grow as an actor and her journey in cinema. Now, I am going to be a part of it, too. When I found this script, I asked Sonakshi to take a look at it.”

“We both felt drawn to the subject and that’s when we decided to take the plunge and work together. I am looking forward to working with talented artistes such as Paresh Rawal ji, Sonakshi and Suhail Nayyar. It’s also a fabulous opportunity for my team at Kratos Entertainment to collaborate with Nicky Bhagnani and Vicky Bhagnani. They’ve been our friends for years and this project is a natural extension of that relationship. It’s a complete win-win for all of us,” he added.