Yesterday, after releasing the looks of male leads including Sanjay Dutt, Varun Dhawan and Aditya Roy Kapoor, the makers have today released the much-awaited looks of Alia Bhatt, Sonakshi Sinha & Madhuri Dixit on the occasion of Women’s Day. 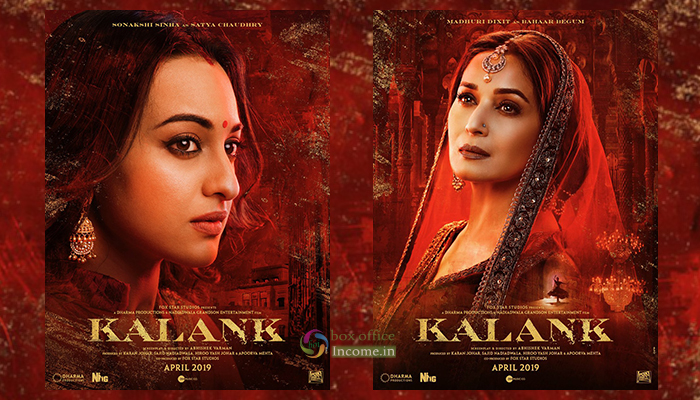 Sharing the look on her official Twitter account, the actress wrote, “Love, longing, integrity and sacrifice… this is what SATYA stands for.” While, Madhuri Dixir shared her first look from the film that has created huge buzz among fans. She worte, It was my honour to play such an enchanting character. Here’s Bahaar Begum!”

Sonakshi Sinha will be seen essaying the role of Satya Chaudhry and as is visible, the innocence is all flowing out just through her eyes. We’re indeed mesmerized by her beauty and can’t wait to see her in the movie!

Earlier, the reports suggested that the veteran actress to portray the role of courtesan and Kathak dancer. Madhuri will be portraying a character of Bahaar Begum and looked earnest yet awe-inspiring in the exclusive look.

The romantic drama, released in 2014, was a huge box-office success. Madhuri, who gained prominence in the 1990s, was last seen in Indra Kumar’s adventure comedy film Total Dhamaal. The film, co-starring Ajay Devgn, Anil Kapoor, among others, has turned out to be a box-office hit. In its 14-day run, it has collected over Rs 132 crore.