Kollywood actor Silambarasan TR (STR) has just surprised his fans with his amazing transformation for his upcoming film Vendhu Thaninadhatu Kaadu. The first look was accoladed by audiences as he was seen in a never seen avatar by looking extremely lean. 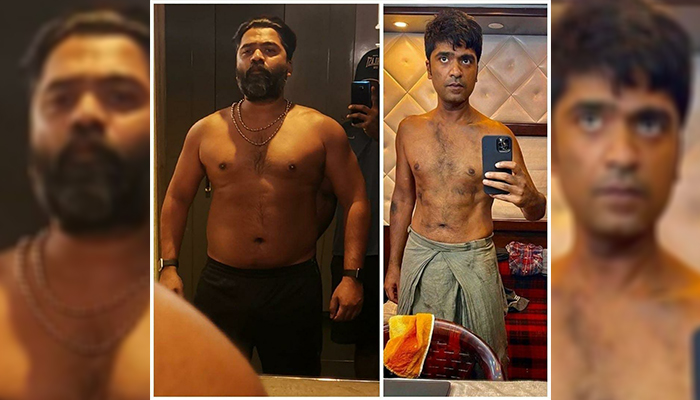 Simbu started shooting for Gautham Menon’s Vendhu Thanindhathu Kaadu in Tiruchendur, Tamil Nadu, a week ago. According to multiple reports, the first schedule of the film has been wrapped up. Soon, more details about the film will be shared.

Vendhu Thanindhathu Kaadu Simbu’s fourth collaboration with Gautham Menon after Vinnaithaandi Varuvaayaa (2010), Achcham Yenbadhu Madamaiyada (2016) and the short film Karthik Dial Seytha Yenn which released in 2020. The music of the film is composed by AR Rahman.