Ayushmann Khurrana’s latest film Shubh Mangal Zyada Saavdhan has fared below expectations in its first week. Despite having the adjacent release Vicky Kaushal’s Bhoot: Part One: The Haunted Ship in the parallel along with the already existing Aditya Roy Kapur’s Malang. 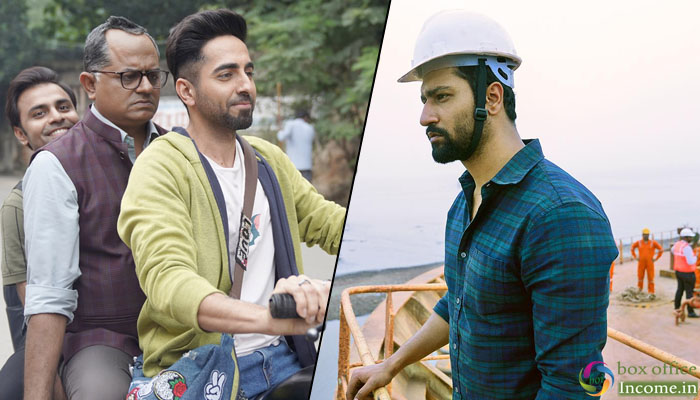 Co-Starring Jitendra Kumar, Gajraj Rao and Neena Gupta, Hitesh Kewalya’s directorial has received positive reactions from the critics as well as the audience and gathered a solid word of mouth. As a result, it did the business of 44.84 crores in the first week with 23.20 crores in the weekend and 12.18 crores on weekdays.

Now, SMZS is running in the second weekend and still has a decent hold over the audience. On 2nd Friday, it showed a drop and minted the amount of 2.08 crores. On 2nd Saturday, after a fair jump, it managed to collect 3.25 crores and raised its 9 days total collection to 50.17 crores nett at the domestic box office.

On the other hand, Bhanu Pratap Singh’s directorial horror drama film Bhoot: The Haunted Ship has gathered a mixed word of mouth and got failed to convert it in numbers. In the first week, it did the business of 24.18 crores with 16.36 crores in the weekend and 7.82 crores on weekdays.

Dharma Productions’ presentation is now running in the second week and had started the weekend at a low note by collecting 1.02 crore on 2nd Friday. Then on 2nd Saturday, after the lower than expected jump, it has bagged the amount of 1.47 crore and raised 9 days total collection to 26.67 crores nett.