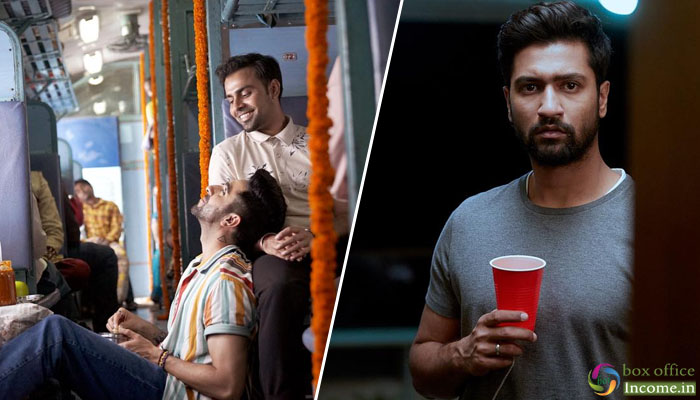 Co-Starring Neena Gupta and Gajraj Rao, the romantic comedy has received positive reviews from critics as well as the audience. As a result, it did the business of 32.66 crores in the opening weekend that included 9.55 crores on Friday, 11.08 crores on Saturday & 12.03 crores on Sunday.

Afterwards, SMZS had recorded a significant drop vis-a-vis Friday and minted the amount of 3.87 crores on Monday and 3.07 crore on Tuesday. On the next day i.e. Wednesday, Hitesh Kewalya’s directorial has raked 2.62 crore and raised its 6 days total collection to 42.22 crores nett at the domestic box office.

On the other hand, Dharma Production’s Bhoot: Part One: The Haunted House has got crashed within the weekend and struggling to attract enough audience towards theatres due to mixed reviews. In the weekend, it had raked the business of 16.26 crores the included 5.10 crores on Friday, 5.52 crores on Saturday & 5.74 crores on Sunday.

Directed by Bhanu Pratap Singh, the Hindi horror-drama is now running on weekdays at a low note. On Monday, after a significant drop, it did the business of 2.32 crore. With the further decline, it managed to collect 2.10 crore on Tuesday & 1.85 crore on Wednesday. After 6 days, its total domestic collection has become 22.63 crores nett.