Today, on the occasion of Kartik Aaryan’s birthday, the actor gave his fans a birthday present by releasing the long-awaited first look teaser for his movie Shehzada. For the uninitiated, the film is a remake of the Allu Arjun and Pooja Hegde starrer Ala Vaikunthapurramuloo. The Hindi version features Kartik alongside his Luka Chuppi co-star Kriti Sanon and is directed by Rohit Dhawan. 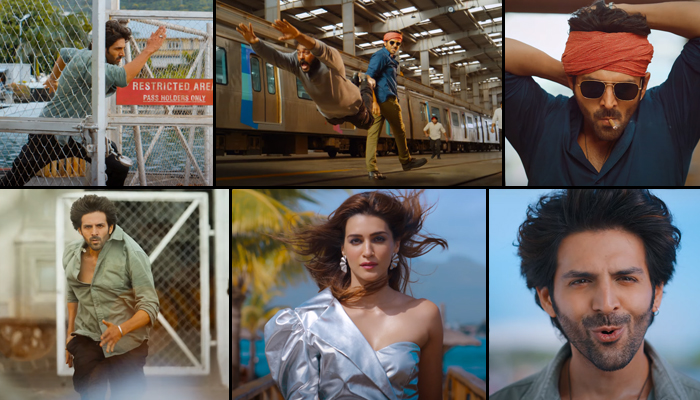 The teaser features Kartik in full on action mode for the first time with many ‘whistle-worthy’, quintessential masala moments. The film seems to feature the actor in a never-seen-before commercial Bollywood hero avatar along with his fun comic timing. The film promises to be full-fledged potboiler.

Speaking about the film, producer Bhushan Kumar said, “Kartik is such a brilliant and nuanced actor and what better way to celebrate our very own Shehzada than this! The first look is a treat for his fans.”

Aman Gill also added, “Kartik is a dream to work with, we all had a blast shooting this film, his personality is infectious so we thought this would be a sweet little thing we did for his birthday to celebrate Shehzada’s birthday with the first look of our film.”

On the work front, currently, Kartik Aaryan is awaiting the release of Freddy which features him in the role of a socially awkward dentist who falls in love with the married Alaya F in this unique suspense thriller. The film is expected to premiere on Disney+Hotstar on December 2. Besides that, he also has Satyaprem ki Katha, Aashiqui 3 and Kabir Khan’s untitled next in the pipeline.