Who isn’t excited to see Shahid Kapoor return to the silver screen after the hit 2019 Kabir Singh? We are! And now the actor has revealed the release date of his upcoming sports drama, Jersey. Co-starring Mrunal Thakur, the film will release in the last quarter of 2021 making a festival even bigger. 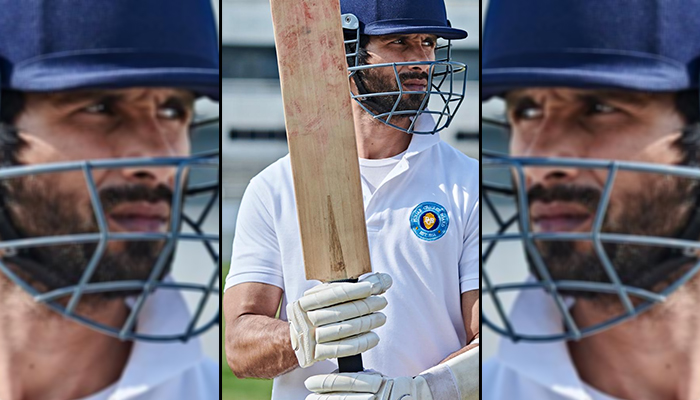 Yes, Jersey – directed by Gowtam Tinnanuri – is hitting cinema halls on Diwali, i.e. November 5. Read on to see the actor’s post about the same. Taking to Instagram, Shahid Kapoor shared the release date details of the film. Along with a picture of him dressed in a cricket uniform, he wrote, “JERSEY releasing in theatres this DIWALI 5th November 2021. The triumph of the human spirit. A journey I am so very proud of. This ones for the TEAM …. @mrunalofficial2016 @gowtamnaidu @geethaarts @amanthegill @srivenkateswaracreations @sitharaentertainments”

Mrunal Thakur, who plays the leading lady in Jersey, also shared the same announcement on social media. She posted the same pic of Shahid Kapoor, writing, “JERSEY releasing in theatres this DIWALI 5th November 2021. The triumph of the human spirit and a journey unmatchable! Excited for the world to see what we created with love, laughter and unforgettable memories”

In December, team Jersey suffered a few setbacks in shooting owing to the ongoing farmers’ protest. On December 14, it was a wrap for the filming schedule, and Shahid Kapoor shared a lengthy post about the same on Instagram. He had written, “It’s a film wrap on #jersey…. 47 days of shoot during covid. Just unbelievable. I am so proud of the entire team. It’s nothing short of a miracle.”

Thanking the team that made shooting possible, Shahid Kapoor further wrote, “I want to thank each and everyone from the unit for coming to set every day, putting themselves at risk and doing what we all love doing.” He continued, “Telling stories that touch hearts and make a difference. Jersey is a story that speaks of a Phoenix rising from the ashes. The triumph of an indomitable spirit. If there was ever a time I could connect with the underlying spirit of a film this was it.”

Jersey tells the story of a cricketer, who aims to make a comeback to the Indian team after a gap of 10 years. It is the official adaptation of Gowtam Tinnanuri’s 2019 Telugu hit of the same name. The original featured Nani as the male lead.