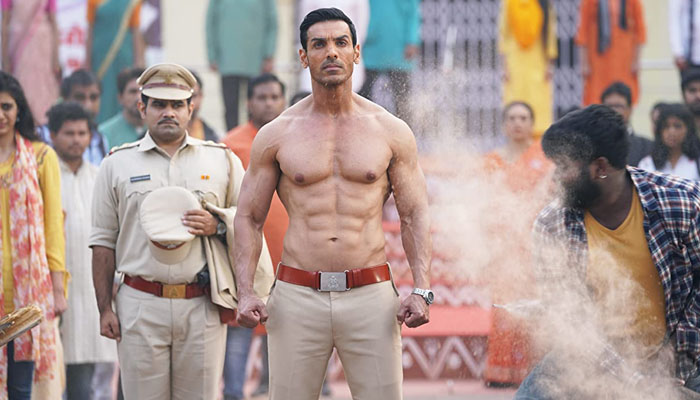 Produced by T-Series and Emmay Entertainment, John Abraham and Divya Khosla Kumar-starrer Satyameva Jayate 2 has had a low opening at the box office with a collection of Rs 3.60 crore nett at the domestic market on Thursday.

Then after the release of Antim, it got affected and managed to score only 2 crores on Friday and 2.10 crores on Saturday. On Sunday as well, the film remained poor despite a jump and minted 2.50 crores. After 4 days, its domestic total has been recorded as 10.20 crores nett from 2500 screens.

A vigilante drama, Satyameva Jayate 2 is said to be a ‘spiritual sequel’ to the 2018 film Satyameva Jayate. Also starring Anup Soni, Harsh Chhaya, Gautami Kapoor, and others, the film marks the acting comeback of Divya Khosla Kumar.

The film has been face competition from Salman Khan and Aayush Sharma’s Antim. The Mahesh Manjrekar directorial revolves around a police officer (Salman) and a gangster (Aayush).