Post the success of back to back projects, Sandeepa Dhar has taken a short vacation to revive, however, the actress is adhering to all necessary precautions, glimpse of which was recently shared on her social media. 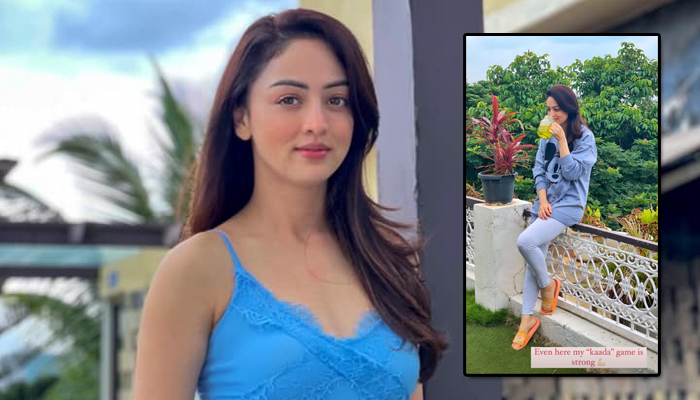 With the advent of the pandemic across the world, the daily routines of the masses have witnessed some remarkable changes. Home to the Ayurvedic home remedies, India has been opting for the kadhas to boost immunity, with not just the common public but also celebrities ensuring to include it in their daily routines.

As Sandeepa Dhar flew down for a vacation, the actress shared glimpses of herself sipping on a kadha assuring the fans and followers of her safety regime.

Having shot for multiple series through the lockdown, Sandeepa Dhar has been working around the clock wrapping and releasing MumBhai, Bisaat and Chattis aur Maina in the past year.

Currently gearing up for her upcoming show Mai, Sandeepa took a short break owing to the lockdown, post which she would revive her shooting.