One of the best action-heroes of Bollywood, Vidyut Jammwal, known for his work in Force and Commando, is back again with Sanak, taking his action game to next level. Though the movie is not amongst the most anticipated ones, the Sanak trailer surely has made us excited! 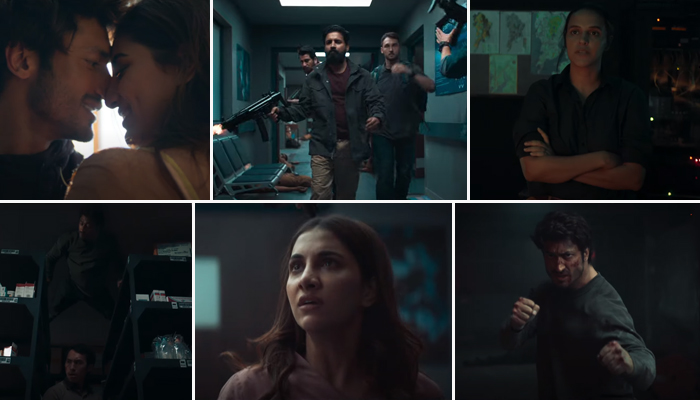 Vidyut has shared the official trailer on his Twitter handle and wrote, “Dekho meri #Sanak. #SanakTrailer out! Streaming from 15th October only on @DisneyPlusHS #DisneyPlusHotstarMultiplex.”

The 2 mintues and 36 seconds trailer is full of action packed performance by none other than Vidyut who gets his wife admitted at a hospital for treatment where some armed men attack the hospital and start killing the people.

Vidyut calls up his wife and informs her about the situation of the hospital and promises her to save her from the upcoming danger and so he decides to kill all the miscreants in his own way and helps the cops in saving everyone from the big trouble. From fighting in the basement to underwater scenes, the film is full of terrific cinematography and has a lot to offer.