It’s official! Jacqueline Fernandez will star alongside Salman Khan in the sequel to their 2014 blockbuster Kick. Filmmaker Sajid Nadiadwala, who directed and produced the first part, announced the sequel as a birthday gift for the actress, who turned 35 on Tuesday. 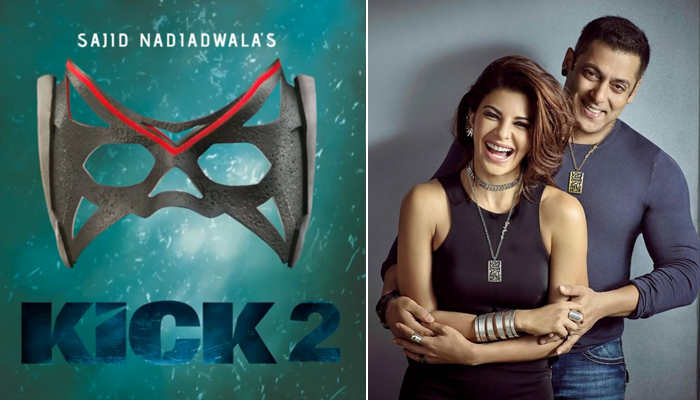 The good news was shared by Sajid’s wife Warda on social media, she wrote, “Here’s your birthday gift that will be remembered forever! Jacqueline Fernandez, overjoyed to formally announce that Sajid Nadiadwala locked the script at 4 am this morning and has written an exceptional role for you! Whoo-hooo! Happy birthday! Salman Khan’s Kick 2 rolling soon! Welcome back!”

The production house (Nadiawala Grandson Entertainment) also made a formal statement on the same, the tweet read, “Too Much Fun on @Asli_Jacqueline’s birthday, the wait ends as #SajidNadiadwala locked the script for #Kick2 this morning at 4 am. @WardaNadiadwala Thank you for the BIG News #NGEFamily can’t wait to see @BeingSalmanKhan & you start #Kick-in soon!”

While we are clearly excited to see Salman Khan and Jacqueline Fernandez reunite with Kick 2, do drop in your thoughts about the same in the comments section below. The actor had always maintained that there would be no Kick 2 without Jacqueline Fernandez being a part of the film.

Kick featured around the life of Devi Lal Singh (Salman Khan), who is an accomplished guy but cannot hold on to a job because nothing gives him kick enough. He is always looking for life to give him a high. Coincidence brings him to Shaina (Jacqueline Fernandez) who gives him the high he is looking for at the love front.

Meanwhile, Salman Khan already has Kabhi Eid Kabhi Diwali and Radhe: Your Most Wanted Bhai in the making.