The makers of Bhoot Police have preponed their horror adventure. The forthcoming horror-comedy is set to release on Disney+ Hotstar on 10th September 2021, a week early than scheduled date. 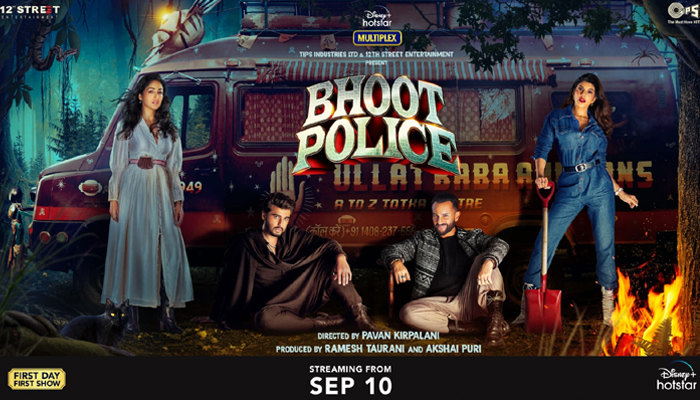 “Good news for your weekend! Bad news for Bhoots. #BhootPolice is releasing 7 days early! Streaming from 10th September only on @DisneyPlusHS. Stay tuned!#DisneyplusHotstarMultiplex” the post, which was also shared by the film”s cast, read.

Produced by Ramesh Taurani, Akshai Puri and co-produced by Jaya Taurani, the movie is all set to release on 10th September.