The highly anticipated action thriller Saaho has completed its 2 weeks journey at the box office on an overall good note. After passing the opening week successfully, Sujeeth’s directorial witnessed a considerable drop in footfalls. As a result, in the second week, it remained steady but on a decent note. 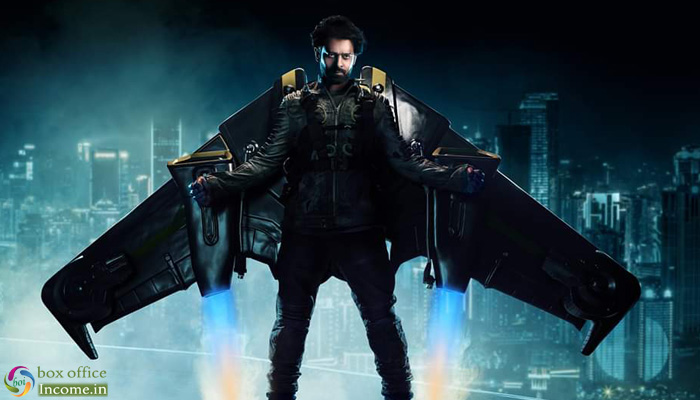 UV Creation and T-Series’ presentation, Saaho has received mixed reviews from the critics as well as the audience because of weak direction and story-line. But, the Hindi version of Saaho is soaring high and is inching towards the epic Rs 150 crore-mark.

Meanwhile, the Hindi version of the film is already a hit in the northern belt and is still continuing its dream run at the box office. After a tremendous opening, it remained super-strong throughout the first week and did the business of 116.03 crores with 79.08 crores in the weekend & 36.94 crores on weekdays.

In the second weekend as well, Prabhas starrer showed a good performance and registered the business of 14.95 crores that included 3.75 crores on 2nd Friday, 4.60 crores on 2nd Saturday & 6.60 crores on 2nd Sunday. Now it is running on weekdays once again and still has a good hold over the audience.

Then on weekdays, as usual, Saaho witnessed further drops and minted the amount of 2.68 crores on 2nd Monday, 3.10 crores on 2nd Tuesday (Muharram), and 1.90 crores on 2nd Wednesday. On the next day i.e. 2nd Thursday, Saaho collected 1.65 crores and raised its 2 weeks total collection to 140.31 crores at the domestic box office.