After passing the first week at a fantastic note, the joint production of UV Creation & T-Series, Saaho has slowed down in the second week due to the new releases Chhichhore. The action drama was shot simultaneously in Telugu, Hindi and Tamil languages, and is said to have been made on a budget of around Rs 350 crores. 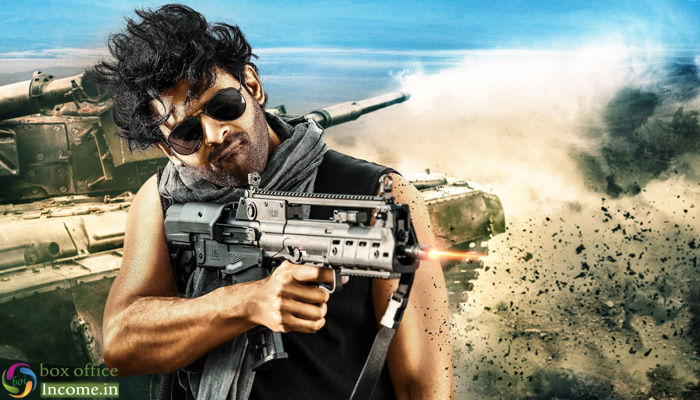 Directed by Sujeeth, Saaho stars Prabhas along with the Shraddha Kapoor, Neil Nitin Mukesh and Jackie Shroff who have performed very well. Many critics didn’t find the film up to the mark though but they have praised the performances of all actors.

With a mixed word of mouth, Prabhas starrer action drama Saaho managed to register the business of 116.03 crores in the first week that included 79.08 crores in the weekend & 36.95 crores on weekdays from its Hindi version. Then in the second weekend, it scored 14.95 crores with 3.75 crores on Friday, 4.60 crores on Saturday & 6.60 crores on Sunday.

Now it has entered on weekdays and as usual, witnessed a significant drop in footfalls. On 2nd Monday, Saaho faced a drop of 28.50% vis-a-vis 2nd Friday and bagged the amount of 2.68 crore. On the next day i.e. 2nd Tuesday due to Muharram Holiday, it showed good growth and minted the amount of 3.10 crore.

With this its 12 days total collection has become 136.76 crores net at the domestic box office. Saaho is Prabhas’s first release after the blockbuster Baahubali series. While the film opened well, it has left many fans and the media underwhelmed owing to its lack of a cohesive plot.