Saaho, which was released on 30 August 2019 has crossed the 400 crore mark at the worldwide box office. This film was released in four languages, Telugu, Hindi, Tamil and Malayalam. Prabhas and Shraddha has managed to impress the audience despite receiving mixed reviews. 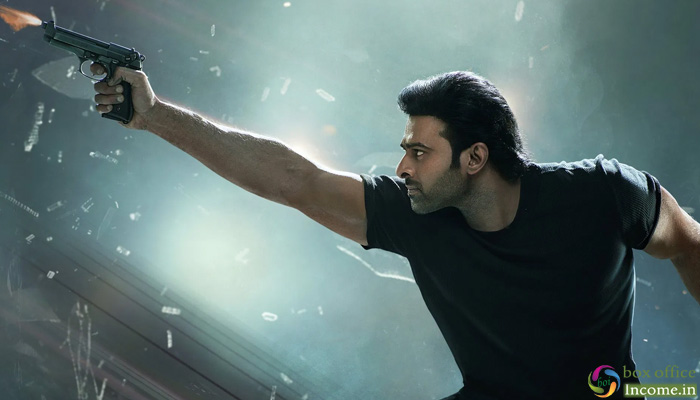 It is one of the highest-grossing Hindi releases this year. In its first week, it grossed Rs 116.03 crore, making it the fourth-biggest ‘Hindi’ film already after Bharat, Kabir Singh and Mission Mangal. Saaho has broken several records down south as well.

Now it is running the second week due to new release Saaho showed limited growth. By showing a limited uptrend, it registered the 16.86 crores with 3.75 crores on 2nd Friday, 4.60 crores on 2nd Saturday & 6.60 crores on 2nd Sunday. With this, the total collection of the film after 10 days has become 130.98 crores nett at the domestic box office.

Saaho revolves around deadly gangs in the fictional city of Waaji, and the power struggle that follows after an important leader dies. The Mumbai police are hot on their trail. In the midst of all this chaos, undercover cop Ashok Chakravarti (Prabhas), falls in love with Amrita Nair (played by Shraddha Kapoor).