Amid positive reviews and flattering word of mouth, Jr NTR and Ram Charan’s RRR has continued its strong hold at the box office. Despite competition from Vivek Agnihotri’s The Kashmir Files, the Hindi version of RRR has managed to bring in the moolah. 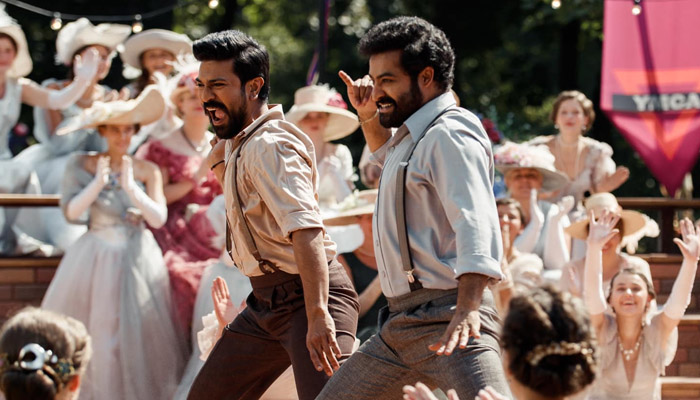 Directed by SS Rajamouli period action drama RRR has got succeed to live up to the expectations and gathered positive feedback. As a result, it remained phenomenal over the weekend and did the business of 75.57 crores which included 20.07 crores on Friday, 24 crores on Saturday & 31.50 crores on Sunday.

Then on weekdays, it did the business of 17 crores on Monday, 15.02 crores on Tuesday & 13 crores on Wednesday. On the next day i.e. Thursday, DVV Entertainment’s production minted 12 crores and raised its one-week total collection to 132.59 crores.

The collections drawn in during this week has made the film a sure shot ‘HIT’. Now, all eyes will be turned to the Friday box office, to see if the film can hold strong when faced with competition from new releases like John Abraham’s ‘Attack’ and Jared Leto’s superhero film ‘Morbius’.

RRR brings together two leading Tollywood actors, Jr NTR and Ram Charan, for the first time. Ram Charan and Jr NTR played the roles of Alluri Seetharama Raju and Komaram Bheem, respectively. The epic war drama was produced by DVV Danayya on a humongous budget of over Rs 450 crore.