SS Rajamouli directorial period action drama ‘RRR’ starring Ram Charan and Jr NTR in the lead roles is not showing any signs of stopping at the box office. Despite the new major Pan-India release Yash’s KGF Chapter 2, it has maintained a good pace and crossed the mark of 250 crores at the domestic box office. 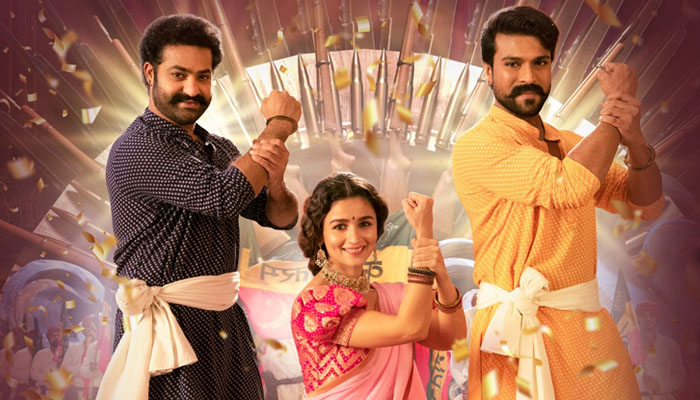 DVV Entertainment’s production, RRR took an excellent opening at the box office and showing its magical run since then. In the first week, the film had raked the business of 132.59 crores with 75.57 crores in the weekend & 57.02 crores on weekdays.

In the second week also, RRR showed a solid performance and did the business of 76 crores that included 52 crores in the weekend and 24 crores on weekdays.

Then in the third week as well, the Hindi version of the film had managed to remain almost unaffected by the new releases and bagged the amount of 35 crores with 23 crores in the weekend and 12 crores on weekdays.

Pen Studios’ presentation (North India) had started the fourth weekend at a good note and minted the amount of 3 crores on Friday. Over Saturday & Sunday, the film has recorded a good jump in footfalls and scored 3.30 crores & 3.75 crores respectively on board. After 24 days, its total collection has become 253.84 crores nett.