RRR is continuing to enjoy its unbeaten run even after standing on the pitch for three weeks now. Despite the release of ‘KGF: Chapter 2’ (Hindi) on Thursday, ‘RRR’ Hindi managed to stay strong. 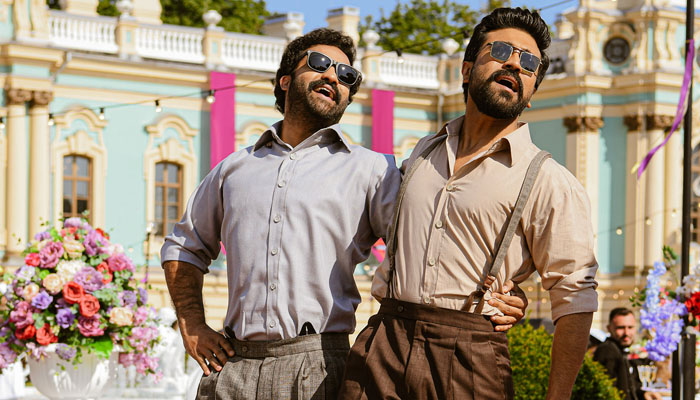 Directed by SS Rajamouli, Ram Charan and Jr NTR starrer had started its journey at an excellent note and still continues the magical run. In the opening week, it raked the business of 132.59 crores that included 75.57 crores in the weekend & 57.02 crores on weekdays.

In the second week as well, RRR had maintained a strong pace at the box office and managed to garner the business of 76 crores with 52 crores in the weekend and 24 crores on weekdays. In 2 weeks, the film had scored the massive total of 208.59 crores on board.

In the third weekend, Pen Studio (North India)’s presentation had recorded a normal decline in footfalls but still showed a positive uptrend and did the business of 23 crores that included 5 crores on Friday, 7.50 crores on Saturday & 10.50 crores on Sunday.

Then on weekdays, despite normal working days, RRR remained steady and bagged the amount of 3.50 crores on 3rd Monday, 3 crores on 3rd Tuesday & 2.70 crores on 3rd Wednesday. On the next day i.e. 3rd Thursday, it minted 3 crores and raised 3 weeks total collection to 243.79 crores nett at the domestic box office.