Director S.S. Rajamouli period action drama RRR has stayed strong in the first week of its theatrical run. While it is performing well worldwide and in south India, its Hindi version is super strong as well. 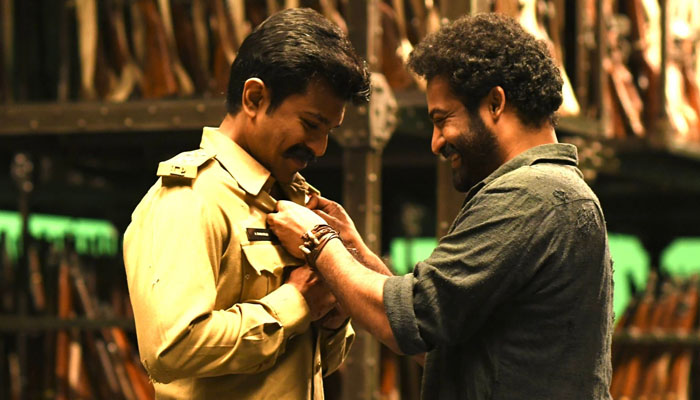 Jr NTR and Ram Charan starrer is being lauded by all the viewers and received positive reviews from critics. Due to positive word of mouth, the film is showing a wonderful performance at the box office and in the second week as well, it has a strong hold over the audience worldwide.

After an excellent start, RRR remained rock-solid throughout and did a business of 130.86 crores in the first week, which included 75.57 crores in the opening weekend and 55.29 crores on weekdays. Now in the second week as well, the film is getting a terrific response at the box office.

DVV Entertainment’s presentation on the 2nd Friday, RRR (Hindi) managed to remain rock-steady and minted an amount of 13.50 crores. On the 2nd Saturday, it took a big jump and collected 18 crores. With further growth, it raked a business of 20.50 crores and registered a 10-day total of 184.59 crores nett.

The super success of RRR [Hind] shows yet again that SS Rajamouli certainly knows the pulse of the audience and his formula of high drama and powerful dialogues in an action packed setting end up working time and again.