Aascar Ravichandran, the producer of Tamil film Anniyan (2005), is moving court against filmmaker Shankar and producer Jayantilal Gada. The latter is working on the Hindi remake of the movie which stars Ranveer Singh in the lead role. 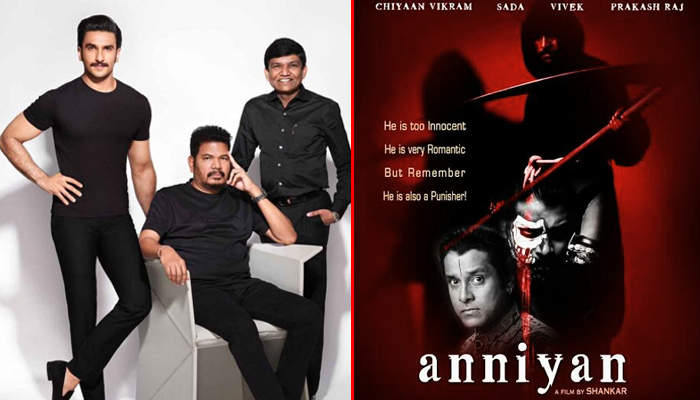 According to a Times Of India, Ravichandran has already filed a complaint against Shankar with the South Indian Film Chamber of Commerce (SIFCC). Ravichandran said, “I am going to court against Shankar and Jayantilal Gada. They cannot make the film without my consent as I own the copyright of the film and no other person has the right over it as I am the author of the movie.”

But Shankar had responded to the producer’s complaint stating that ‘Anniyan’ was his script and everybody knows about it. Ravichandran said, “He can say and claim anything, but everyone knows that ‘Anniyan’ is my movie and I hired him to direct the film.”

‘Anniyan’ had released with dubbed Hindi dialogue as ‘Aparichit’ in 2006. Ravichandran will be filing a case in the Madras High Court but he also added, “SIFCC, which has been supporting me, told me to wait a little longer as they have spoken to the film association in Mumbai. But it is not Shankar who is the producer of the film but Gadaji with whom I need to have a discussion about the project.”

Ravichandran who produced ‘Anniyan’ with South superstar Vikram got to know about the remake of his own film, after it was announced on social media. He said, “I was shocked that without my knowledge, a remake of the film was announced. It must be the first time that something like this has happened in our cinema.”

The original movie features south superstar Chiyaan Vikram in the lead. It was in April this year that Shankar, who had directed the original film, announced a Hindi remake with Jayantilal Gada and Ranveer. The actor hasn’t spoken anything on the issue yet.