The adventure-drama Rannchhod’s teaser features the enigmatic voice of Naseeruddin Shah narrating an iconic dialogue from the movie. Featuring the young and fresh talent, Adhyayan Suman and Shernavaz Jijina, the film is all set to go on floors soon and this motion poster is enough to leave you on the edge of your seats! Rannchhod traces the journey of a young and talented man with great ambitions who embarks on an emotional yet tumultuous journey to save his family from financial debt. 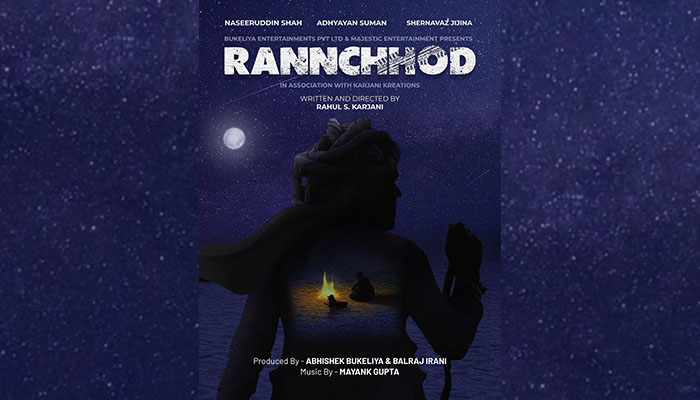 Speaking on the film, the legendary actor Naseeruddin Shah quotes “Rannchhod is an intriguing story and has piqued my interest right from when I read scene 1 of the script. The film focuses on adventure and drama with a family angle to it which will leave you on the edge of your seats. Working with Balraj Irani and Bukeliya Entertainments and young and fresh talent like Adhyayan and Shernavaz is going to be an interesting journey I can’t wait to embark on. Rahul too is a young dynamic mind with a vision like no other and will help to translate the emotions, intensity and message of the film onto the big screen impeccably !”

Adding to this further, Adhyayan Suman says “Every actor has that one film that changes his career ! Rannchhod is that film ! A supremely well written film by my debutant director Rahul ! I can’t wait to start filming with Naseer Saab a co star every actor dreams of working with !” to which his co-star Shernavaz Jijina adds “Very rarely you come across a script that holds you by the edge of your seat, Rannchhod is one such script.The character of Radha has many layers and all different to one another and that is the best part of it. The team is very creative and energetic to be apart of such a team is always fun and last but not the least to share screen space with Naseer sir is every actors dream. This one is definitely going to be special for me can’t wait for it to get on floors”

The dynamic producer Balraj Irani quotes “The script of the film Rannchhod is awesome along with the perfect cast of Naseeruddin ji, Adhyayan and Shernavaz. The zestful young director Rahul is coming up with a unique vision, which I am sure would be really exciting to watch.”