Akshay Kumar starrer ‘Raksha Bandhan’, which marks the actor’s only major release in the year 2022 has failed to make an impact at the box office on week one as it was expected to do. The Aanand L. Rai directorial family entertainer which also stars Bhumi Pednekar and Sadia Khateeb did not come up with good numbers for such a big film in its first week. 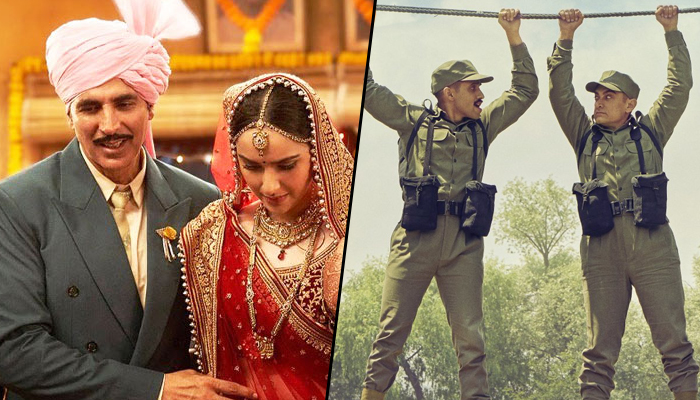 The film had opened well enough but had a flat weekend. It did the business of total 28.16 crores, that included 8.20 crores on Thursday, 6.40 crores on Friday, 6.51 crores on Saturday & 7.05 crores on Sunday. On Monday, it faced a more decline and minted the amount of 6.31 crores. With further decrements, Zee Studios’ presentation bagged 1.58 crores on Tuesday & 1.25 crores on Wednesday.

On the next day i.e. 2nd Thursday, Raksha Bandhan recorded more drop and managed to collect the amount of 1 crores. With this, the total collection of Colour Yellow Productions and Cape of Good Films’ production has become 38.30 crores at the domestic box office.

On the other hand, Aamir Khan Production and Viacom18 Studios’ production didn’t witness any considerable growth over the weekend and registered the business of 37.96 crores which included 11.70 crores on Thursday, 7.26 crores on Friday, 9 crores on Saturday & 10 crores on Sunday.

On weekdays, due to mixed word of mouth, LSC witnessed an abrupt drop in footfalls. On Monday, it did the business of 7.87 crores (Independence Day Holiday), while on Tuesday it faced a drop and minted 2.10 crores. Then on Wednesday, the movie got dropped again and managed to collect only 1.70 crores.

On the next day i.e. Thursday, with a further decline, Aamir Khan starrer raked the business of 1.35 crores and has raised its one-week total collection to 50.98 crores at the domestic box office.