The most awaited films, Aamir Khan’s Laal Singh Chaddha and Akshay Kumar’s Raksha Bandhan released yesterday at the box office. The makers of both the films chose the auspicious slot of Raksha Bandhan (11 August) to cash on the festival day. 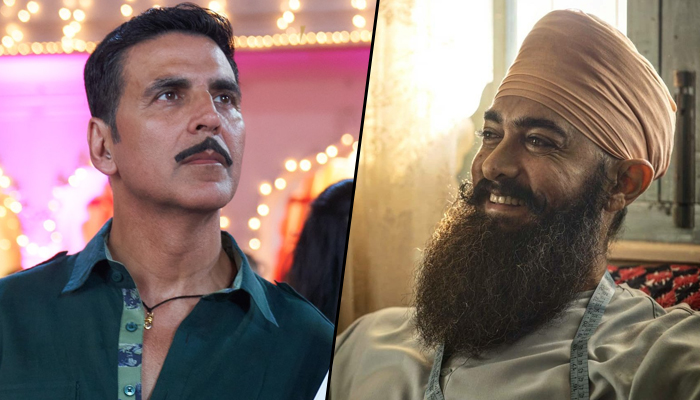 On the opening day, Aanand La Rai’s directorial took an average start with 10-13% occupancy in the morning. Post noon shows, it showed improvement and done the business of 8.20 crores nett. As per the current trend, it is expected to take good growth over the weekend.

On the other hand, Aamir Khan, Kareena Kapoor Khan and Mona Singh starrer comedy-drama Laal Singh Chaddha doesn’t live up to the expectations and has received mostly negative reviews from critics. While the audience has a mixed opinion, which won’t help it much.

On Friday, Advait Chandan’s directorial was opened at a dull note with 10-15% occupancy across India in the morning. Over the evening and night shows, it took a normal jump in footfalls and minted the amount of 11.70 crore. LSC has to take a solid growth over the weekend for an acceptable business total.

Both the films have open weeks ahead as the next Bollywood release Dobaaraa, featuring Taapsee Pannu and Pavail Gulati, which is releasing on 19 August, is currently low on buzz among the cinegoers.