Madhav Mishra, silver medalist, LLB is back with his toughest case because, seedha ya simple inke syllabus mein hai hi nahi! The fan-favorite and critically acclaimed show is back with a twisted case at hand: the death of a popular child star Zara Ahuja, and the prime suspect of her murder – her own brother, Mukul Ahuja. Disney+ Hotstars’ most-awaited Rohan Sippy directorial, Hotstar Specials’ Criminal Justice: Adhura Sach, produced by Applause Entertainment in association with BBC Studios on August 26 2022. 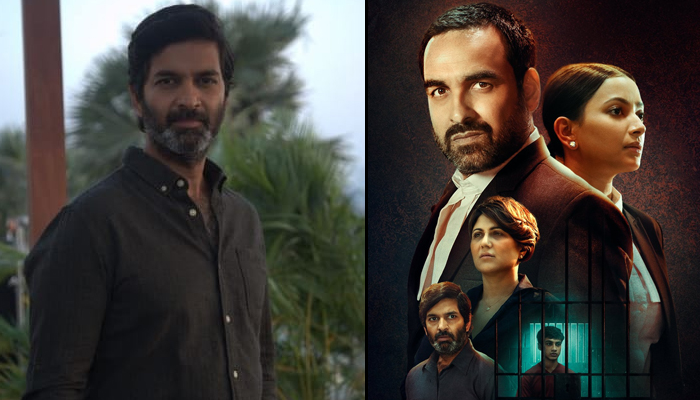 With wit and humour by his side, the uncanny lawyer Madhav Mishra, reprised by Pankaj Tripathi returns for the third installment of Criminal Justice along with Shweta Basu Prasad, Swastika Mukherjee, Purab Kohli, Aditya Gupta, Deshna Dugad and Gaurav Gera. As the series gears up for its release on Disney+ Hotstar on 26 August, actor Purab Kohli reveals how he has always wanted to be a part of the Criminal Justice franchise.

“This is actually the second time I got approached for Criminal Justice. They wanted me in the second season too but I couldn’t be a part as I was filming for a different project and there were date clashes. But I am so glad that I got a second chance in Criminal Justice: Adhura Sach. Extremely happy to be a part of season 3,” said the star.

Purabh Kohli also added how working with the season’s director, Rohan Sippy had always been on his list. “Rohan and me wanted to work for a very long time. A major reason behind accepting this role was him,” the star added.

The award-winning show Criminal Justice: Adhura Sach will stream exclusively on Disney+ Hotstar, will Madhav Mishra be able to put aside his own doubts and inhibitions about his client? Viewers will find answers to this, and more, very soon!