All the Hindi offerings that were released on Friday have got crashed on weekdays due to no positive response from the audience & struggling to attract enough audience. This can be considered as one of the most horrible weeks of the year so far for Bollywood. 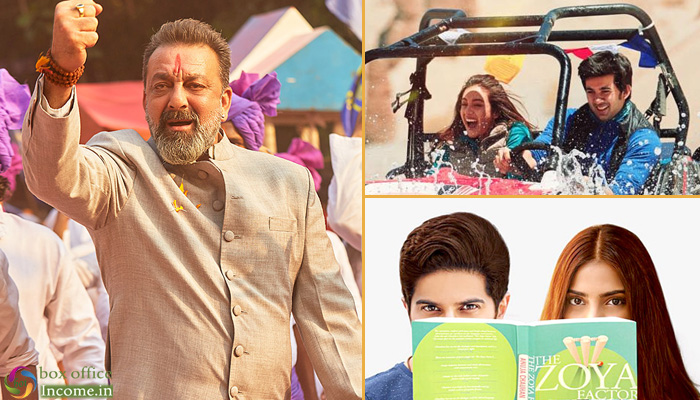 With Dream Girl as well as Chhichhore going great guns at the box office, new releases like Pal Pal Dil Ke Paas, The Zoya Factor have struggled to make their presence felt. In fact, the first battle was to get the right number of screens as well as shows.

Deva Katta’s directorial political drama film Prassthanam has received mixed reviews and did the business of 3.05 crores in the weekend. On weekdays, it got dropped and bagged the amount of 0.50 crore on Monday, 0.40 crore on Tuesday & 0.38 crore on Wednesday to raise 6 days total to 4.33 crores.

Sunny Deol’s son Karan Deol and Sahher Bambba debut film Pal Pal Dil Ke Paas registered the business of 4.42 crores in the weekend with mixed reviews. On weekdays, after a usual drop, it minted 0.65 crore on Monday, 0.50 crore on Tuesday & 0.50 crore on Wednesday. After 6 days, its total collection has become 6.07 crores.

While Sonam Kapoor and Dulquer Salmaan starrer The Zoya Factor has emerged disaster at the box office, collected only 2.50 crores in the weekend. On weekdays, it raked the business of 0.15 crore on Monday, 0.10 crore on Tuesday & 0.10 crore on Wednesday to take its 6 days total collection to 2.85 crores.