Sunny Deol’s son Karan Deol and Sahher Bambba debut film Pal Pal Dil Ke Paas, released on September 20. With this, there were other two other releases on the same day–Sanjay Dutt’s Prassthanam and Sonam Kapoor’s The Zoya Factor. In terms of box office collections, all three of them have failed to show any magic. 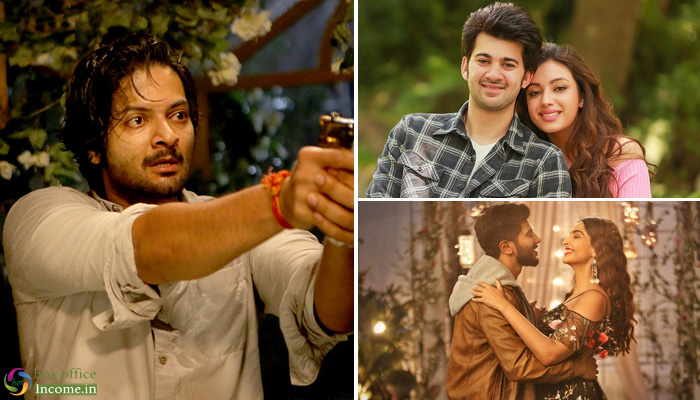 Directed by Sunny Deol, PPDKP opened to a low note due to cold promotions and registered the business of only 1.12 crores. Because of unfavorable word of mouth, the film showed limited growth on Saturday and did the business of 1.40 crores. Then on Sunday with little growth, Pal Pal Dil Ke Paas raked the business of 1.90 crores and raised it’s opening weekend total collection to 3.50 crores.

Now on weekdays, Pal Pal Dil Ke Paas has faced a significant drop in footfalls and minted the amount of 0.65 crores on Monday. On the next day i.e. Tuesday, with a further decline, it managed to collect 0.50 crore and raised its 5 days total collection to 5.57 crores nett at the domestic box office.

In parallel, among a bunch of new Hindi movies, only Prassthanam and The Zoya Factor are getting a considerable response but have received mixed reviews. In the opening weekend, Sanjay Dutt starrer Prassthanam did the business of 3.05 crores which included 0.80 crore on Friday, 1 crore on Saturday & 0.50 crore on Sunday.