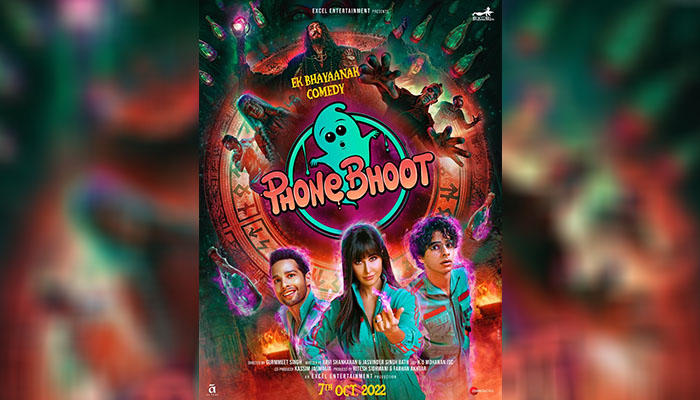 Along with the release date, Farhan Akhtar unveiled the first poster of the film. He wrote, “#PhoneBhoot ki duniya mein aapka swagat hai. Arriving on 7th Oct, 2022 at cinemas near you.”

In the poster, we get to see Katrina and Ishaan sporting a tad different look. Ishaan also added, “Meet my quirkiest character, Gullu – and try to guess his full name.”

Apart from Katrina, Ishaan and Siddhant, the poster also features Jackie Shroff, Sheeba Chaddha, Nidhi Bisht and Surender Thakur as the ghosts in the background.