It’s been a week since Pati Patni Aur Woh’s release and the Kartik-Bhumi-Ananya starrer has been enjoying a solid run at the box office. Despite being released alongside with Ashutosh Gowarikar’s period drama Panipat, which boasted of an ensemble cast of Arjun Kapoor Sanjay Dutt and Kriti Sanon, Pati Patni Aur Woh has had an upper hand at the ticket counters. 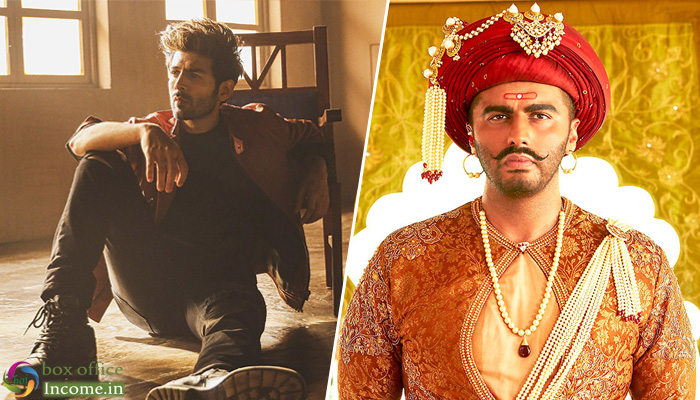 Directed by Mudassar Aziz, the romantic comedy has received mostly positive reviews from the critics as well as the audience for its fun-filled storyline. As a result, it did the business of 35.94 crores in the weekend which included 9.10 crores on Friday, 12.33 crores on Saturday & 14.51 crores on Sunday.

Then on weekdays as well, T-Series’ production showed a solid trend and minted the amount of 5.70 crores on Monday, 5.35 crores on Tuesday & 4.62 crores on Wednesday. On the next day i.e. Thursday, with a slight drop, Pati Patni Aur Woh bagged the amount of 4.36 crores and raised 7 days total collection to 55.97 crores at the domestic box office.

In parallel, Reliance Entertainment’ presentation Panipat is struggling at the box office since its release despite the positive reviews from the critics as well as the viewers. In the opening weekend, it did the business of only 17.68 crores with 4.12 crore on Friday, 5.78 crore on Saturday & 7.78 crores on Sunday.

On weekdays, after a significant drop, Ashtosh Gowariker’s directorial managed to collect 2.59 crore on Monday, 2.21 crore on Tuesday, 1.70 crore on Wednesday & 1.50 crore on Thursday. After a week, the total collection of Panipat has become 25.68 crores at the domestic box office.