Kartik Aaryan, Bhumi Pednekar and Ananya Panday starrer Pati Patni Aur Woh has passed its opening weekend on an excellent note after a solid start at the box office. Despite the adjacent release Panipat & last week released Commando in the opposite, it is getting a terrific response in single as well as multi-screen cinemas. 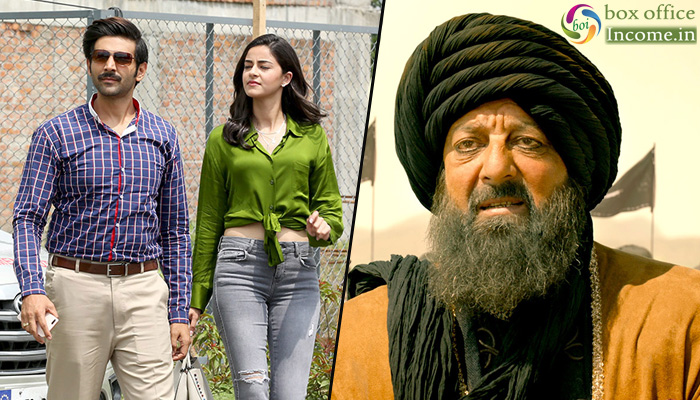 Directed by Mudassar Aziz, the romantic comedy has gathered mostly positive reviews from the critics for its interesting & fresh storyline backed by crackling chemistry between the leading pair. On Friday, the film was opened at 9.10 crores at the domestic box office.

On Saturday, expectedly, Pati Patni Aur Woh took a good jump and bagged the amount of 12.33 crores. On the next day i.e. Sunday, with further growth, T-Series’ production has raked the business of 14.51 crores and raised its 3 days total collection to 35.94 crores nett at the domestic box office.

In parallel, Arjun Kapoor, Sanjay Dutt, and Kriti Sanon starrer Panipat has also received mostly positive reviews from the critics as well as the audience and getting a superb response from Maharashtra. It opened on an average note and did the business of 4.12 crores on Friday.

On Saturday, Ashutosh Gowarikar’s directorial witnessed a good jump in footfalls due to a holiday and scored 5.78 crores. On Sunday, with a little more jump, Panipat bagged the amount of 7.78 crores and raised its first-weekend total domestic collection to 17.68 crores at the domestic box office.