After the two successful weeks, Mudassar Aziz’s Pati Patni Aur Woh has passed its third week as well on a decent note due to the release of Dabangg 3. While the second film Ashutosh Gowaikar’s Panipat is running steady across the country. 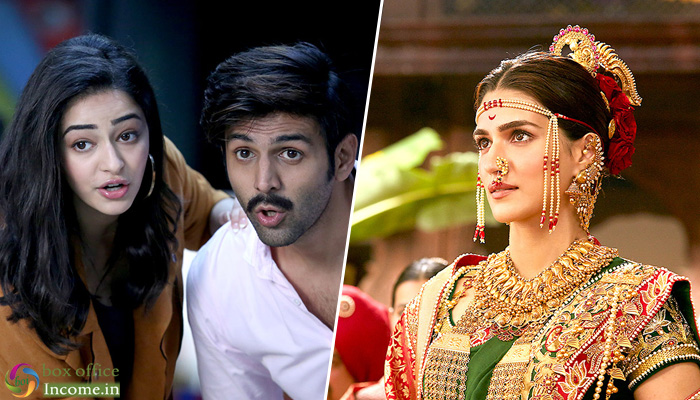 Starring Kartik Aaryan, Bhumi Pednekar and Ananya Panday, the romantic comedy has created the right buzz among the young audience and did the business of 55.97 crores in the first week and 20.63 crores in the second. In the third weekend, it bagged the amount of 3.40 crores with 0.70 crores on Friday, 1.20 crores on Saturday & 1.50 crores on Sunday.

Then on weekdays, despite a drop in footfalls, Pati Patni Aur Woh managed to collect 0.95 crore on 3rd Monday, 1.03 crore on 3rd Tuesday & 1.80 crore on 3rd Wednesday. On the next day i.e. 3rd Thursday, T-Series’ presentation minted the amount of 0.78 crore and raised 3 weeks total domestic collection to 84.56 crores nett.

On the other hand, Arjun Kapoor, Sanjay Dutt and Kriti Sanon starrer Panipat has received positive reviews but still remain underperformed and did the business of 25.68 crores in the first week and 6.28 crores in the second week. In the third weekend, it had bagged 0.66 crore with 0.11 crore on Friday, 0.23 crore on Saturday & 0.32 crore on Sunday.