The two Hindi offerings that have created good buzz by their trailers, Pati Patni Aur Woh and Panipat are all set to hit theatres this Friday. Both films are based on opposite genres, so there will be no major competition between them. 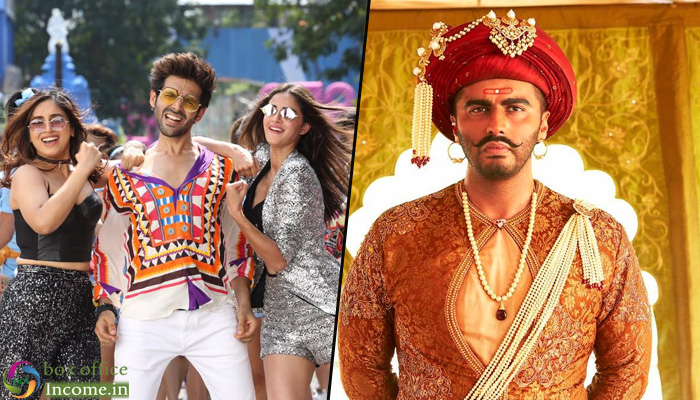 Luka Chuppi is produced by Bhushan Kumar under the banner T-Series, whose last film romantic action Marjaavaan was a hit at the box office. As per the buzz & positive early reviews, Mudassar Aziz’s directorial is expected to open on a good note with 7-8 crores at the domestic box office.

On the other hand, Arjun Kapoor, Sanjay Dutt, and Kriti Sanon starrer Panipat had received favorable reactions for it’s trailer and also getting positive reviews from critics after the premiere. This has already generated positive buzz about the movie, which will definitely help it to remain good over the opening weekend.

So far the movie has reported below average advance booking but expected to witness overall 20-25% of opening day occupancy nationwide. With this, it can rake the opening business of around 6-7 crores. Further performance of the movie depends on the reactions of audience.