After the two excellent weeks, Hindi romantic comedy drama Luka Chuppi has got affected by the release of biggie Dabangg 3 and passed its third weekend on a decent note despite showing an uptrend at the box office. The other existing Hindi films Commando 3 & Panipat have also witnessed a sudden drop in their business graphs. 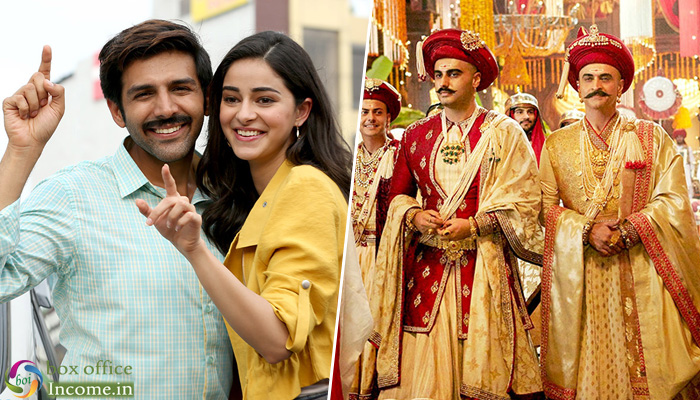 Starring Kartik Aaryan, Bhumi Pednekar and Ananya Pandey in lead roles, Pati Patni Aur Woh made the right buzz among the young audience and also gathered positive reviews from the critics. At a strong note, it did the business of 55.97 crores in the first week and 20.63 crores in the second week.

On 3rd Friday, after a usual drop, Mudassar Aziz’s directorial minted the amount of 0.70 crores. Over the weekend, it recorded a fair jump once again and managed to collect the amount of 1.20 crores on 3rd Saturday & 1.50 crores on 3rd Sunday. After 17 days, the total collection of Pati Patni Aur Woh has become 80 crores nett at the domestic box office.

On 4th Friday, Ashutosh Gowaikar’s directorial witnessed a heavy drop and minted 0.11 crore. While over the weekend, once again the epic drama picked up and scored 0.23 crores on 4th Saturday & 0.32 crores on 4th Sunday. After 24 days, the total domestic collection of Panipat has become 32.62 crores nett.