After an excellent first week, Pati Patni AUr Woh, featuring Kartik Aaryan, Bhumi Pednekar and Ananya Pandey as the lead, maintained a strong hold throughout its second week at the box-office, despite the release of new films Mardaani 2 and Jumanji: The Next Level. 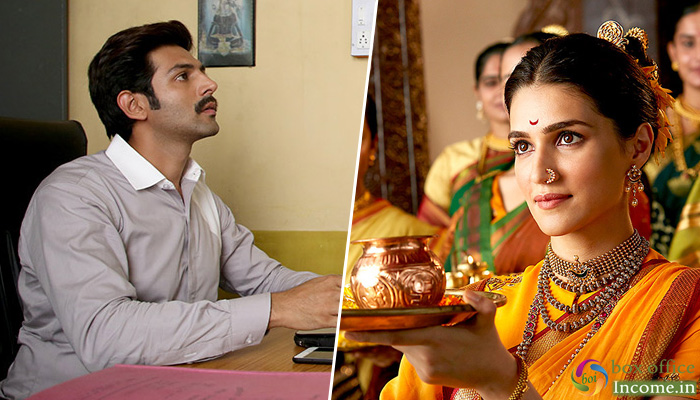 Directed by Mudassar Aziz, the funfilled romantic comedy did the business of 55.97 crores in the first week with 35.94 crores in the weekend and 20.03 crores on weekdays. In the second weekend, it managed to remain steady and scored 13.45 crores with 3.05 crores on Friday, 4.88 crores on Saturday & 5.52 crores on Sunday.

On the other hand, after an underperformed opening week, Arjun Kapoor, Sanjay Dutt and Kriti Sanon starrer Panipat has maintained some pace in the second week and remained almost steady. In the second weekend, it did the business of 3.43 crores which included 0.69 crore on Friday, 1.26 crores on Saturday & 1.48 crores on Sunday.

Then on weekdays, Ashutosh Gowaikar’s directorial minted 0.45 crore on 2nd Monday, 0.49 crore on 2nd Tuesday, 0.88 crore on 2nd Wednesday & 1.03 crore on 2nd Thursday. After 2 weeks, the total collection of Panipat has become 31.96 crores nett including the business of 25.68 crores from the first week.