In exactly over two months, superstar Shah Rukh Khan makes his much-awaited after five years. The actor, who was last seen in Aanand L Rai’s Zero, will take on the role of a spy in the upcoming action entertainer. It is part of Yash Raj Films’ 50th anniversary. Directed by Siddharth Anand, the makers have kept every announcement under wraps, surprising people with it and thus, breaking the internet with Shah Rukh Khan’s look back in June 2022. As the actor turns 57 today, Pathaan makers have unveiled the first teaser of the upcoming film giving a glimpse into the world of the upcoming spy actioner. 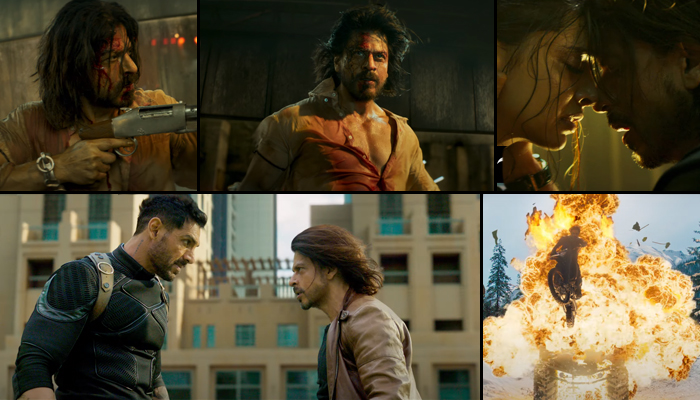 Shah Rukh Khan took to social media to unveil the teaser on Wednesday, November 2 adding, “Apni kursi ki peti baandh lijiye…#PathaanTeaser OUT NOW! Celebrate #Pathaan with #YRF50 only at a big screen near you on 25th January, 2023. Releasing in Hindi, Tamil and Telugu. @deepikapadukone|@TheJohnAbraham| #SiddharthAnand | @yrf”. The teaser has raised anticipation amongst the fans who are waiting to see SRK on the big screen again.

The movie will be released on 25th January 2022 in 3 languages Hindi, Tamil, and Telegu. Deepika Padukone and John Abraham will be seen in the film. Siddharth Anand and Aditya Chopra produced the movie under the YRF production house.

Speaking about the movie Siddharth had said, “We had to make a unit that justifies their wait to see something of Pathaan as well as the fact that we have chosen his birthday to release the first big asset of the film! It had to be spectacular and memorable at the same time and I think we have managed to make them very happy, given the incredible reaction that we are witnessing for Pathaan’s teaser.”

“For us, Pathaan is not just a film, it is an emotion as we are aiming to make the biggest action spectacle with one of the all-time biggest on-screen icons that Indian cinema has ever seen. The teaser is just the beginning to deliver on that promise on the big screen on Jan 25, 2023,” he added.