The Newcomers Karan Deol and Sahher Bambba starrer romantic drama Pal Pal Dil Ke Paas has got failed to make the desired impact on viewers and remained dull throughout the opening weekend. Due to the last week released successfully running Dream Girl, the film is struggling a lot to divert enough audience toward itself. 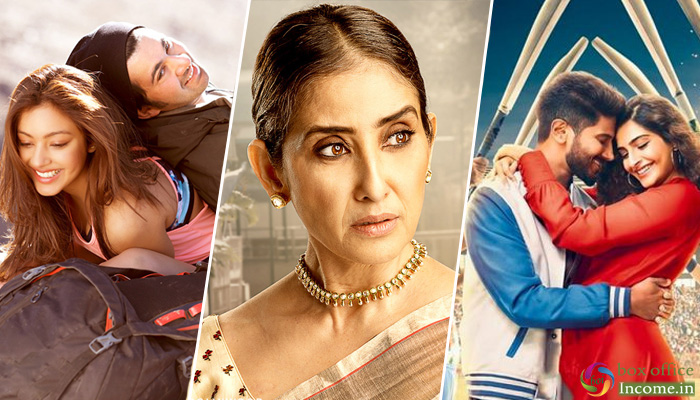 On Friday, Sunny Sounds Pvt Ltd and Zee Studios’ presentation took a disastrous start with only 5-7% occupancy in the morning. Over the evening & night shows as well, it remained dull and registered the opening business of only 1.12 crores.

On Saturday, it took a slight growth and minted 1.40 crores. On the next day i.e. Sunday, PPDKP recorded further little jump and managed to collect the amount of 1.90 crores. With this, the 3 days total collection of the film has become 4.42 crores nett at the domestic box office.

On the other hand, Sanjay Dutt, Manisha Koirala, Jackie Shroff, Ali Fazal, and Amyra Dastur starrer Prassthanam has got failed to attract enough audience toward theatres. Despite mixed reviews, it has done the business of 3.05 crores nett in the weekend that included 0.80 crores on Friday, 1 crores on Saturday & 1.25 crores on Sunday.

In parallel, a couple of other Hindi offerings released on the same day- Sonam Kapoor and Dulquer Salmaan starrer The Zoya Factor has raked the business of 2.50 crores in the first weekend that included 0.85 crore on Friday, 0.85 crore on Saturday & 0.80 crore on Sunday.