The latest offering of John Abraham, Pagalpanti has released this Friday at the box office with a good buzz across the country. The film has received mixed reviews from the critics and it opened on a slow note and witnessed a decent growth post noon shows in multiplexes. 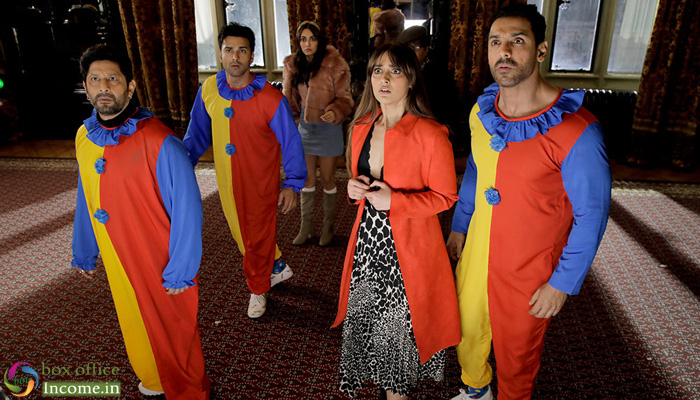 Directed by Anees Bazmee, Anil Kapoor, John Abraham, Ileana D’Cruz, Arshad Warsi, Urvashi Rautela, Pulkit Samrat, Kriti Kharbanda and Saurabh Shukla starrer Romeo Akbar Walter has received mixed reviews from the critics as well as the audience. As a result, the film remained below the mark throughout its opening day.

On Friday, Panorama Studios’ presentation was opened at a dull note in the morning with only 10-15% occupancy. Post noon shows, it recorded a decent jump in footfalls in metro cities and managed to register the opening business of 4.75 crores nett at the domestic box office.

On the other hand, Disney’s ‘Frozen 2’ has shown a good opening of 25-30% and will return strong numbers as the Saturday and Sunday crowd will be strong. The report further stated that the occupancy is far better than ‘Pagalpanti’ but the first day numbers could out to be similar to ‘Pagalpanti’.