‘Oh My God 2’ (OMG 2), starring Akshay Kumar, has begun filming in Madhya Pradesh. Since its announcement, the film has been in the headlines, co-starring Yami Gautam and Pankaj Tripathi. 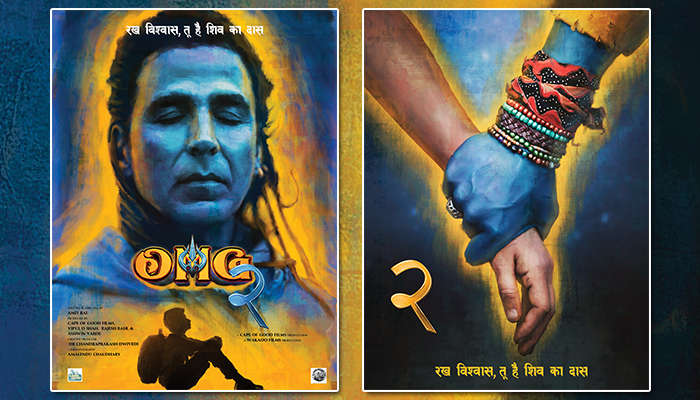 On Saturday, Akshay took to his social media handles to share the two posters of OMG 2. Sharing the poster, he wrote, “Need your blessings and wishes for #OMG2, our honest and humble attempt to reflect on an important social issue. May the eternal energy of Adiyogi bless us through this journey.”

The first poster shows Akshay in blue, with his eyes closed and hair in dreadlocks. A silhouette of a school student is seen sitting in the bottom and the words, ‘Rakh vishwas, tu hai shiv ka das’ written on the poster. The second poster shows a blue hand, probably of the god, holding the hand of the young boy.

According to the sources, “While the first film was based on religion, Oh My God 2 will be based in the Indian education system. Pankaj Tripathi will be seen playing the protagonist.” The source further shared, “The story of the film has been crafted in such a way that it will lend itself to the involvement of Akshay’s character, integrating the two seamlessly. The movie will also explore topics such as exam pressures and college admissions.”

OMG 2 is the sequel to 2012 film OMG – Oh My God, Paresh Rawal played the lead who sued god for destroying his shop in an earthquake. Akshay played the role of Lord Krishna while Mithun Chakraborty played a seer, Leeladhar Swamy. Oh My God 2 is written and directed by Amit Rai and produced by Cape of Good Films, Vipul D Shah, Rajesh Bahl, and Ashwin Varde.