Nushrratt Bharuccha and Pavail Gulati have been cast in Omung Kumar’s upcoming directorial titled ‘Janhit Mein Jaari’. Billed to be a quirky comedy, the film has been penned by Raaj Shaandilyaa, the director of Dream Girl. The comedy caper was received well at the box office and by the audience. 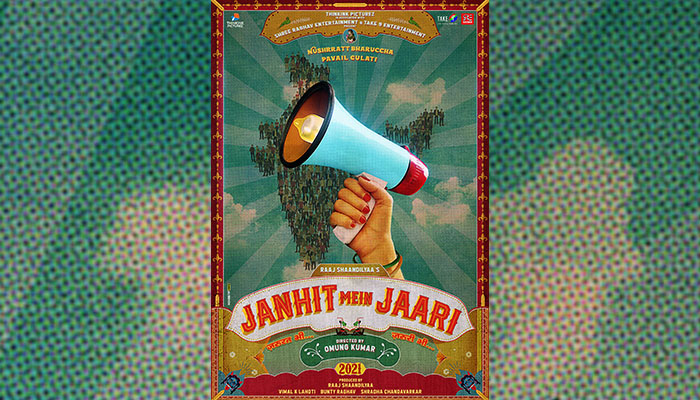 Mary Kom, who was the subject of the Omung Kumar biopic starring Priyanka Chopra Jonas in the titular role, took to her social media to announce the news. Mary tweeted the poster and wrote: “Ek womaniya sab pe bhaari… ye soochna hai #JanhitMeinJaari! I’m looking forward to this film, it’s such an interesting concept.”

Shaandilyaa has also turned a producer with the movie and will back it along with Vimal K Lahoti, Bunty Raghav and Shradha Chandavarkar. The movie is presented by Thinkink Picturez in association with Shree Raghav Entertainment & Take 9 Entertainment.

Pavail Gulati was last seen in Taapsee Pannu’s Thappad. This is the first time Gulati will collaborate with Kumar and Shaandilyaa. Bharucha, on the other hand, worked with Shaandilyaa in Dream Girl, featuring Ayushmann Khurrana in the lead.

The film will go on floors in March next year. While no specific release date has been shared yet, it is supposed to hit theatres in 2021.