The first word that comes to your mind when you speak of filmmaker Amole Gupte is emotions. His films have not only celebrated life but raised a toast to all our emotional values as well. With his next directorial venture Saina, the hugely anticipated biopic of ace badminton player and former World Number 1 champion Saina Nehwal, he intends to go the same route. The film’s trailer gives an insight into the myriad emotions that Gupte will be playing with and one’s biggest take away from the film will be the untold side to Saina’s story, that features her biggest pillars of support – her family, her coaches and her now husband. 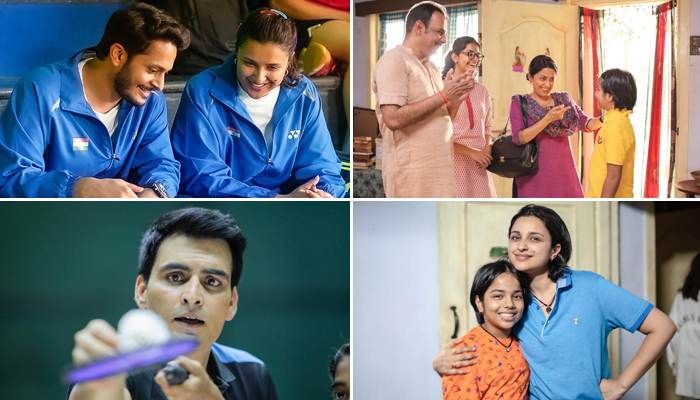 While many have applauded and celebrated the achievements and laurels that Saina brought for India, with her fantastic prowess at the Court, most of us are unaware of her background and the people who shaped her to be the tigress she became! From a mother (played by Meghna Malik) who never let her daughter compromise on her dreams to a father (played by Shubhrajyoti Barat) who strived hard to make everything work for his beti, Saina is an emotional tale of an entire family. Along with them, it’s also a homage to all of Saina’s coaches who trained her to become who she is today (portrayed by Manav Kaul) who doesn’t just help her learn the tactics of the game but also teaches her to never back down. Right from Naishaa who plays the young Saina, who is a badminton player herself, to Eshan Naqvi (plays Parupalli Kashyap) who stood by Saina through her journey as a friend to today celebrating success together as a proud husband.

Talking about the same, Amole shares, “When I saw the possibility of making a film on Saina Nehwal’s life, I immediately grabbed that opportunity. Imagine the quantity of emotions in a life story where a simple lower middle-class mother and father in Haryana bring up a girl who becomes the World No.1. It’s like a Kadhai of emotions. It comes from your own deep family living and Saina’s family plays a very important role in her life. She has seen several highs and lows, but she stood rock solid and never ever bowed down.”

Parineeti Chopra, who plays the titular role in the biopic, adds, “Although I knew everything that was in the media about her, I didn’t know her journey to becoming that media person was. How did she grow up? Who was the hero of her life? Who made all of it happen? Amole sir has captured the real emotions of what the mother felt, what the father felt when they were eating a meal together. The behind-the-scenes of the world-class player is the real winning point for me.”

And this March 26th, Saina’s untold story unfolds in front of the audience in theatres near you. Saina produced by T-Series’ Bhushan Kumar & Krishan Kumar & Front Foot Pictures’ Sujay Jairaj & Rasesh Shah, starring Parineeti Chopra is all set to hit the marquee next week and celebrate the emotional ties that bind the champion’s life.