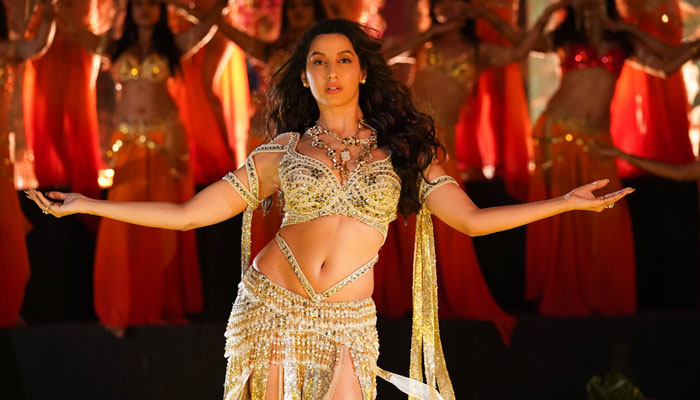 Kusu Kusu, sung by Zahrah S Khan and Dev Negi, is an original track composed and written by Tanishk Bagchi. Nora, who has memerised the audience with her dacing skills will be seen performing some stunning belly dance moves in the song chereographed by Adil Sgaikh,

Nora says, “Satyameva Jayate holds an extremely special place in my life, and I am glad to be part of Satyameva Jayate 2 as well. After the success of Dilbar, to able return as Dilruba feels really great. I am thankful to Milap, Nikkhil sir and Bhushan sir for choosing me to be a part of this franchise once again. I’m excited to present Kusu Kusu and looking forward to the response from everyone.”

Previously, Nora has appeared in Rock Tha Party in John’s Rocky Handsome, Dilbar Dilbar in his Satyameva Jayate and O Saki Saki in his Batla House.

Satyameva Jayate 2, directed by Milap Zaveri, features John in a triple role as a father and his twin sons. Divya Khosla Kumar will be seen as the female lead in the film, which is a sequel to the 2018 film, starring John and Manoj Bajpayee.