Earlier this year, director Nikhil Pherwani impressed the audience with the theatrical release of his much-awaited movie Ahaan. Starring debutant Abuli Mamaji and Arif Zakaria, the movie showcased how a heartwarming friendship blooms between a young man with Down Syndrome and a middle-aged man suffering from OCD. 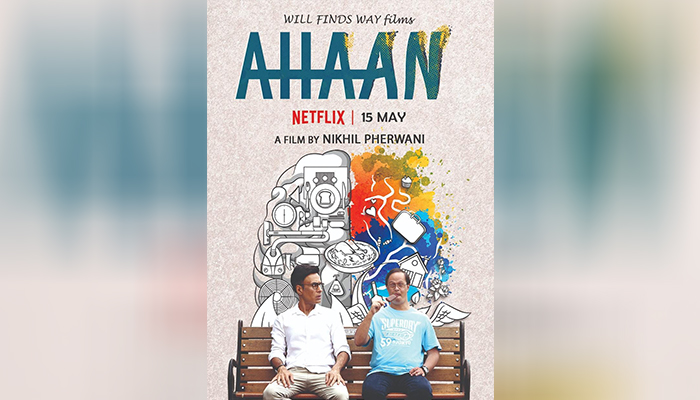 After entertaining the audience on the big screens, Ahaan will be making its space into our homes with its release on Netflix. Talking about it director Nikhil Pherwani shares, “The entire team is over the moon with this announcement. OTT platforms have paved a way for niche films to find its audience. It was such an honour to know that our slice-of-life movie will find its own lovable audience.”

The ever-growing digital platforms have certainly helped the audience find their favourite forms of entertainment. We hope Ahaan once again steals the heart of his fans and serves as a heartwarming moment in the audiences’ chaotic lives.

Directed by Nikhil Pherwani, Ahaan, a heartwarming tale of the most unlikely of friendships stars Arif Zakaria, Niharika Singh, Plabita Borthakur, Rajit Kapur and introduces Abuli Mamaji, a young man with Down Syndrome in the titular role. A Will Finds Way Films production, this slice of life story by Nikhil Pherwani & Abhishek Pherwani will be streamed on Netflix from May 15, 2021.