‘Expect the Unexpected’ as Riteish Deshmukh and Genelia D’Souza come together for a rib-tickling comedy ‘Mister Mummy.’ Directed by Shaad Ali, this twisted laughter ride, shot extensively in England, revolves around a couple with opposing choices when it comes to children and what unfolds next is destiny`s biggest surprise for the two. 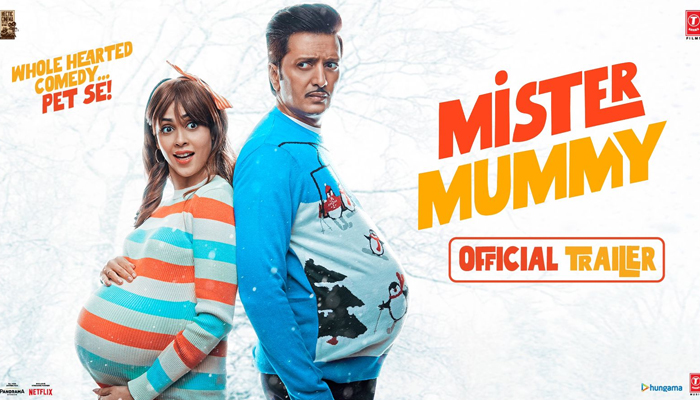 After much anticipation surrounding the real life couple’s reel-life reunion, the trailer of the comedy drama is finally out and we see Riteish step into the shoes of Amol, a cranky PT teacher, while Genelia plays his wife Gugloo.

The film revolves around a fun and unique storyline all set to release on 11th November, 2022.

Directed by Shaad Ali, the film is produced by T-Series, Siva Ananth and Shaad Ali.