Akshay Kumar and Vidya Balan starrer with filmmaker Jagan Shakti, Mission Mangal is heading steadily at the box office in its fourth week as well. The space drama has passed the fourth weekend on a fair note despite having Saaho and Chhichhore in the opposite. 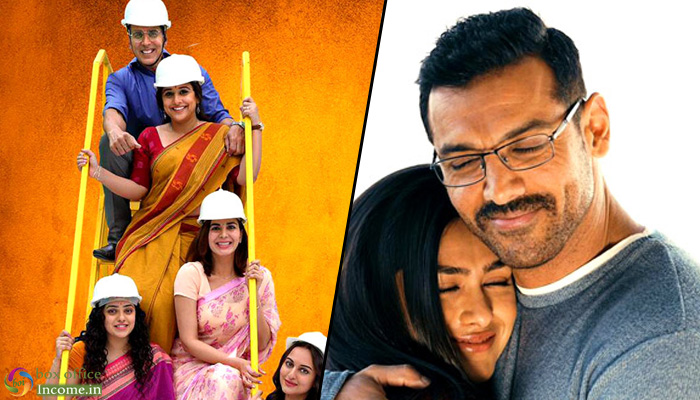 Produced by Fox Star Studios, Akshay starrer is winning hearts across the country. In the last 3 weeks, it did the business of 193.14 crores which included 128.16 crores in the first, 49.95 crores in the second & 15.03 crores in the third week at the domestic box office.

After the three fantastic weeks, Mission Mangal was entered in the fourth weekend on a steady note and minted 0.73 crores on Friday. Witnessing a healthy jump over Saturday & Sunday, the film bagged the amount of 1.40 crores & 2.10 crores respectively. With this, its 24 days total collection has become 197.37 crores nett.

In parallel, John Abraham starrer much-anticipated action drama Batla House has also maintained a decent pace and passed its fourth weekend successfully. It did the business of 65.84 crores in the opening week, 25.92 crores in the second week and 5.65 crores in the third week.

On the 4th Friday, Batla House faced a significant drop and did the business of 0.21 crores. On the next day i.e. 4th Saturday, it took a jump and minted the amount of 0.30 crores. Then on 4th Sunday, the movie collected 0.40 crores and raised 24 days total to 98.32 crores at the domestic box office.