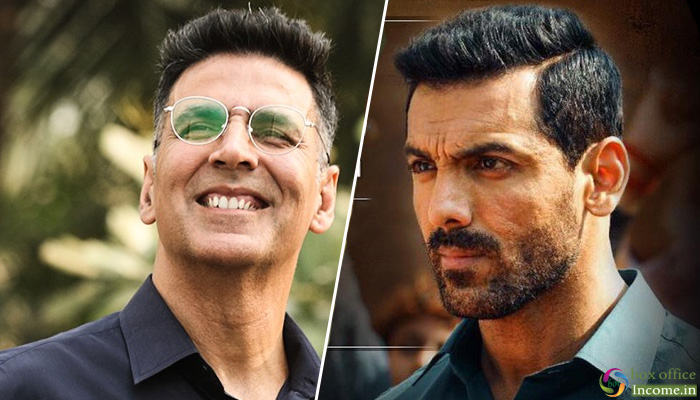 Directed by Jagan Shakti, the Hindi drama Mission Mangal has received mostly positive reviews from the critics as well as the audience. In the opening 8-days extended week, it did the business of 128.16 crores that included 97.56 crores on the weekend and 30.60 crores on weekdays.

On the other hand, John Abraham and Mrunal Thakur starrer Batla House has also got received a positive response and collected the amount of 65.84 crores in the 8-days extended opening week that included 47.99 crores on the weekend and 17.85 crores on weekdays.

In the second week, Nikkhil Advani’s directorial got dropped and collected 25.92 crores with 17.94 crores on the weekend and 7.98 crores on weekdays. In the third weekend, Batla House bagged 0.73 crore on 3rd Friday, 0.91 crore on 3rd Saturday, and 1.52 crore on 3rd Sunday. After 18 days, the total collection of the movie has become 94.92 crores nett.