The latest hit Hindi movie Mission Mangal and it’s adjacently released Batla House have almost completed 3 weeks journey at box office. The first one showed overall good performance so far, while the former reported decent and still away to achieve the hit tag due to it’s performance. 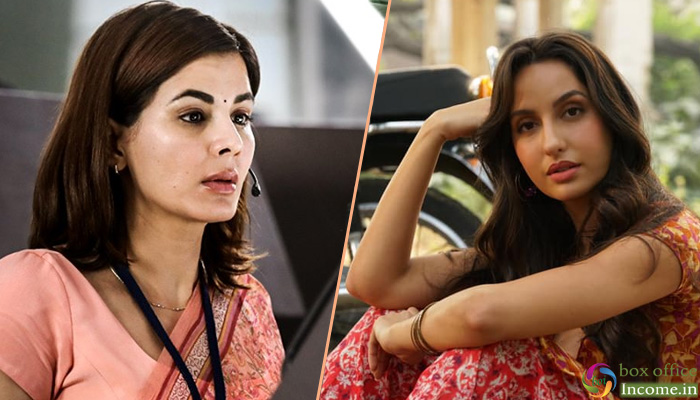 Due to positive word of mouth, this space-drama showed strong performance so far and remained unaffected despite several offerings in opposite. As a result, it is all set to enter in 200 crore club domestically.

In the opening week, the movie registered the business of 128.16 crores, while in the second week with some drop it raked the business of 49.95 crores. In the third weekend, Fox Star Studios’ production minted 9.09 crores with 2.20 crore on Friday, 3.25 crore on Saturday and 3.64 crore on Sunday.

Then in weekdays, Multi starrer dropped by little rate and collected 2.27 crore on Monday, 1.21 crore on Tuesday and 1.15 crore on Wednesday. With this, total 21 days collection of Mission Mangal has become 191.83 crores at domestic box office.

On the other hand, John Abraham and Mrunal Thakur starrer did the business of 65.84 crores, while in the second week it dropped abruptly and minted 25.92 crores. In the third weekend, the movie bagged the amount of 3.16 crore, that included 0.73 crore of Friday, 0.91 crore of Saturday and 1.52 crore of Sunday.

Then in weekdays, it managed to collect 0.70 crore on Monday, 0.48 crore on Tuesday and 0.40 crore on Wednesday. After 21 days, total collection of Batla House is recorded as 96.50 crores domestically.