Akshay Kumar’s film Mission Mangal continues to set the cash registers ringing. The semi biographical-drama film has become the fastest film in 2019 to cross Rs 100 crore mark. On weekdays, it recorded more than usual drop, but still managed to remain good and passed a week at an overall excellent note. 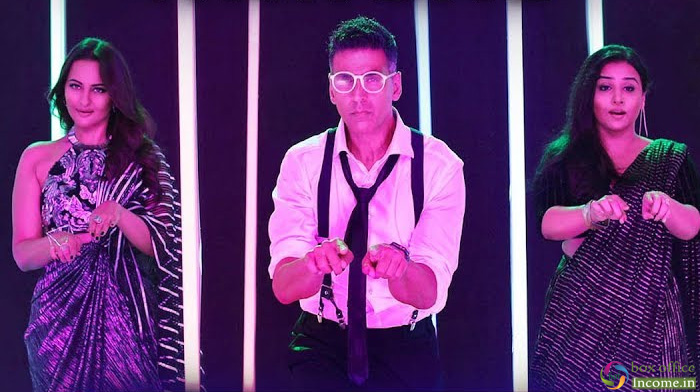 Multi-starrer and director Jagan Shakti, Mission Mangal has got succeed to impress many in theatres with its impactful storyline. The movie has gathered very positive reactions from the critics as well as the audience and gained a solid word of mouth.

After registering the second highest opening of the year so far & biggest for Akshay, the Hindi drama remained strong throughout the weekend and did the business of 97.56 crores which included 29.16 crores on Thursday, 17.28 crores on Friday, 23.58 crores on Saturday & 27.54 crores on Sunday from 3100 screens across India.

Then on weekdays, after a significant drop, Mission Mangal managed to collect 8.91 crores on Monday, 7.92 crores on Tuesday & 6.84 crores on Wednesday. On the next day i.e. 2nd Thursday as it was released a day earlier, Fox Star Studios’ presentation minted the amount of 6.93 crores and raised 8 days total collection to 128.16 crores nett at the domestic box office.

Meanwhile, Mission Mangal is doing wonders overseas too. The movie till Tuesday had made worldwide collections of 165.10 crores gross, and with coming days the 200 crore mark will be crossed too. It will be exciting to see whether Mission Mangal turns out to be Akshay Kumar’s first 200 crore club project.