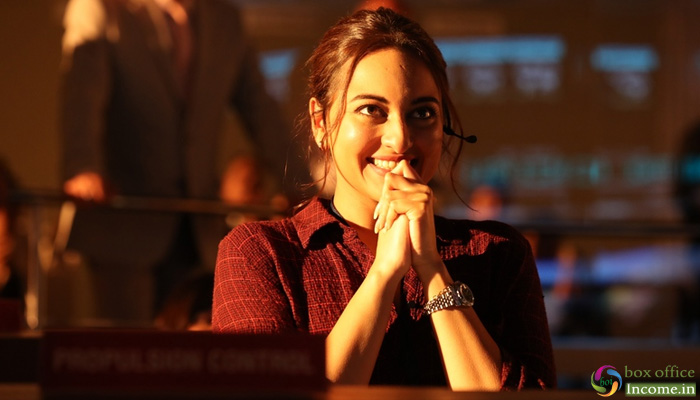 Directed by Jagan Shakti, the history drama has got succeed to impress many and received very positive reviews from the critics as well as the audience. As a result, it has gathered a solid word of mouth. Everyone is praising the work done by the leading actor Akshay & director Jagan in the film.

Produced by Fox Star Studios, Mission Mangal took a superb start across the country and did the business of 29.16 crores on Thursday. With this, it has become the 2nd highest opener of the year so far and biggest one of Akshay Kumar’s career. On Friday, it witnessed a drop of 40.75% and minted the amount of 17.28 crores.

After that, Mission Mangal managed to rise gradually over the weekend and raked the business of 23.58 crores on Saturday & 27.54 crores on Sunday. After the opening weekend, the total collection of the movie was recorded at 97.56 crores nett from 3100 screens.

Now it has stepped-in on weekdays and faced a drop of 48.44% than Friday and collected the amount of 8.91 crores. With this, its total collection after 6 days has become 106.47 crores nett at the domestic box office. Despite the clash with John Abraham’s ‘Batla House’ still managed to gain excellent numbers at the box office.